Cecilia Cheung would nail it if she ever became a tourism ambassador for Singapore.

The Hong Kong star was in Singapore to attend the Star Awards 2019 awards ceremony on April 14 and stayed in town for a few days after the event to tour the island with her two sons, Lucas, 10, and Quintus, seven.

Cecilia took to social media to share her holiday snaps, in which we see Singapore's must-go photo spots for tourists such as the infinity pool at Marina Bay Sands as well as Universal Studios Singapore. Other than her two sons, she also played host to her friends from Hong Kong, taking charge of everything from picking them up at the airport to arranging visits to places of interest.

Perhaps it's no wonder that she knows our sunny island so well. After her divorce from Nicholas Tse in 2011, Cecilia, who holds custody of both boys, lived in Singapore for several years.

Candid, casual shots of the Hong Kong actress taken by lucky fans have been surfacing on the internet recently. 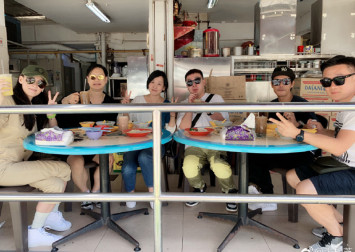 In the photos, Cecilia and friends were seen at Universal Studios Singapore. Dressed casually in streetwear with her hair tied up into a simple ponytail, fans were still able to recognise her, stopping her for photos.

Although the shots were less than picture-perfect, Cecilia was still complimented on her great skin and svelte figure.

The 38-year-old was also concerned about fans who were waiting to catch a glimpse of her at a hotel in Sentosa.

In an Instagram video where she updated her whereabouts, she accompanied it with a caption stating, "I do not stay at this hotel, so please do not wait for me. I am just here to pick up a friend. Dear fans, please do not wait around here. I am concerned that it will be tiring for all of you. I stay somewhere else".

#Cecilia Cheung #In Case You Missed It