On Thursday night (May 19), Meng posted on social media a photo of her looking at her daughter, whom they have nicknamed "Yellow Corn".

The 30-year-old actress wrote in Chinese: "I have experienced a process which those who have not given birth will not understand. I chose water birth so that every moment could be natural."

Meng, who is known for acting in idol dramas such as Aim High (2014) and Love, Timeless (2017), said that she did not take measures such as administering an epidural or going through labour induction.

"Although it hurt so much that my husband and I did not know whether I shed tears, the delivery went smoothly, taking only 18 minutes from pushing to the end," she said. "She is an angelic child."

He wrote: "I have slept for fewer than four hours today. I have gone to the obstetric department four times to deliver additional stuff while handling my scheduled jobs at the same time."

The television host, who was a guest presenter at Singapore's Star Awards in April, then thought he could catch up on some sleep.

However, he snoozed for less than an hour before he was woken up by the notification sounds of a large number of messages on his mobile phone. 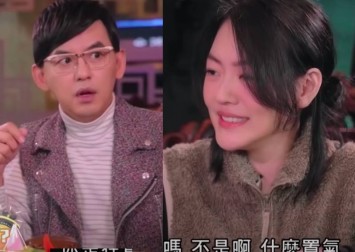 "Thank you all for your concern and wishes," he wrote. "I will be kept busy again as I will be going to the obstetric department for a fifth time."

Huang told Taiwan's Apple Daily that Meng was due for an antenatal appointment on Thursday, but she went into labour in the early hours of that day and they rushed to the hospital at about 3.30am.

He told the newspaper that his baby girl weighed 2.7kg and that they had yet to decide on her name.

Huang and Meng registered their marriage in March 2020, six years after their relationship became public. Their plans to hold a wedding ceremony were cancelled twice due to the pandemic.