NEW YORK - Celine Dion will release new music and embark on her first North American tour in more than a decade this year, the French-Canadian superstar has announced.

The tour will kick off in Quebec City in September (2019), coming after the Grammy-winner wraps her more than 15-year run in Las Vegas at the Colosseum at Caesars Palace.

Dion, 51, made the announcement during a Facebook Live event late Wednesday.

"I'm so grateful to all the fans who have come to see my show in Las Vegas for so many years, and now I get the chance to create a brand new show and bring it to them in North America, and around the world," the singer said.

The Grammy-winning singer known for her blockbuster ballads has said she felt motivated recently to create new music and hit the road since her husband and manager Rene Angelil died in 2016. 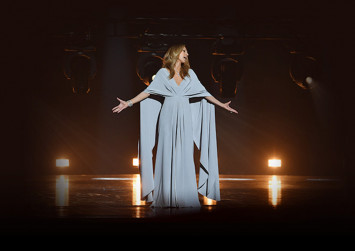 Dion's wildly successful Vegas residency holds the record for highest grossing residency of all time, according to industry tracker Billboard.

The album entitled Courage will likely drop in November, the singer said.

The title - also the name of her tour - was inspired by her late husband, Dion said.

"When I lost Rene, he wanted me back on stage. He wanted to make sure I was still practicing my passion," she said.