The animation studio MAPPA (Attack on Titan: The Final Season, Jujutsu Kaisen) has revealed a full trailer for its highly-anticipated Chainsaw Man anime adaptation, and it’s just as bloody as manga readers would expect. MAPPA held a 10-year anniversary event on Sunday, and unveiled the series there.

Watch the trailer below:

Not all of us have read the manga, so here’s a handy synopsis of Chainsaw Man’s story by MAL Rewrite:

"Denji has a simple dream—to live a happy and peaceful life, spending time with a girl he likes. This is a far cry from reality, however, as Denji is forced by the yakuza into killing devils in order to pay off his crushing debts. Using his pet devil Pochita as a weapon, he is ready to do anything for a bit of cash. Unfortunately, he has outlived his usefulness and is murdered by a devil in contract with the yakuza."

What follows is your standard supernatural anime story. Denji’s pet devil Pochita merges with his dead body, granting him the ability to transform parts of his body into chainsaws. 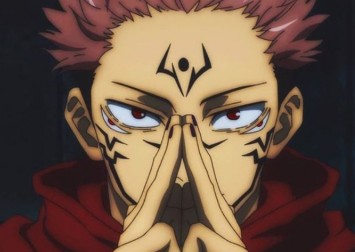 He then uses those wacky powers to kill his enemies in ways that would make even Leatherface cringe in horror. Like I said, pretty standard stuff.

The studio hasn’t revealed a release date for the anime yet.

MAPPA’s pretty busy at the moment. They’re working on Attack on Titan: The Final Season Part 2 and Jujutsu Kaisen 0 The Movie - a prequel to their hit anime.