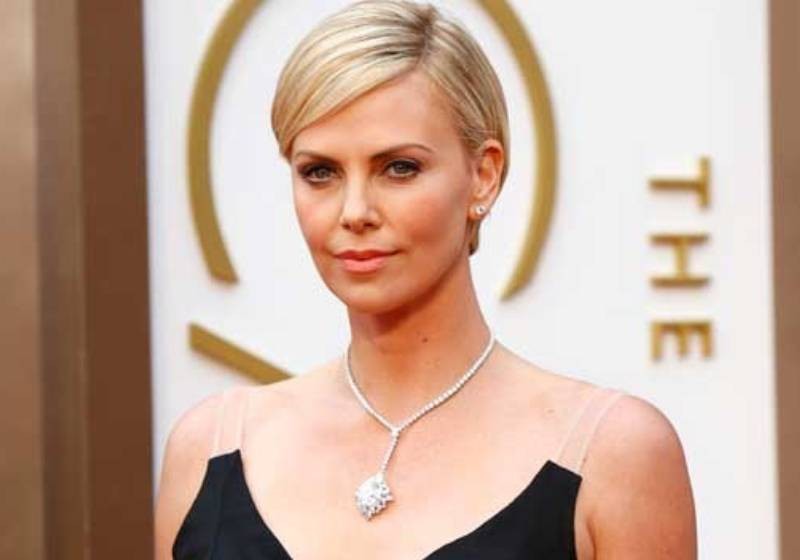 Charlize Theron thought her daughter looked like a "little lizard" when she first met her.

The 44-year-old actress adopted Jackson and August in 2012 and 2015, respectively, and has admitted she was shocked when she met her youngest daughter for the first time because she was covered in "severe eczema" and looked similar to a scaly reptile.

Speaking in W Magazine's podcast, Five Things with Lynn Hirschberg, she said: "I vividly remember seeing Jackson through a window. I got out of the car and I saw her through the window. Someone was holding her and my heart just jumped out of my body and I almost couldn't catch it. It is just a visceral, emotional feeling that the fact that I'm keeping my shit together right now is so impressive.

"I'll never forget it. She had severe eczema. She was just covered and I remember the woman that was looking after her and she was like, 'She looks a little rough.' This is my baby! I was meant to have this little lizard baby!"

Meanwhile, the Bombshell star previously revealed her eight-year-old daughter Jackson - who was born a boy - came out as transgender when she was just three, but she wants to let the youngster tell her own story about her gender identity.

She said recently: "My daughter's story is really her story, and one day, if she chooses, she'll tell her story. I feel like as her mother, for me, it was important to let the world know that I would appreciate it if they would use the right pronouns for her."

Charlize said: "One of my daughters is convinced that she's gonna be married five times and it's gonna be three boys and two girls, and I just love that she has the freedom to think that way. God knows what it's going to be but I love that she feels safe enough to explore in her little-girl brain that anything is possible and that she's gonna go and discover that for herself."