Chinese actress Shi Yanfei lingered too long on the red carpet at the Cannes film festival, which caused Chinese netizens to slam her for bringing embarrassment to the country.

If your name is not Fan Bingbing or Gong Li, just move on quickly.

But maybe Chinese actress Shi Yanfei, who stars as a palace maid in hit drama Story Of Yanxi Palace, did not get the memo.

On Tuesday (May 14), she lingered too long on the red carpet at the Cannes film festival, a ritzy event that draws high-profile industry figures.

Or maybe Shi just did not understand what the paparazzi's intentions were, mistaking their loud, impatient calls to vacate her spot on the red carpet for their requests for more spectacular poses.

Even when an usher intervened to indicate to her that her moment in the spotlight was really over, Shi was still reluctant to move along.

To no surprise, her actions did not go down well back home in China, where netizens slammed her for bringing embarrassment to the country. 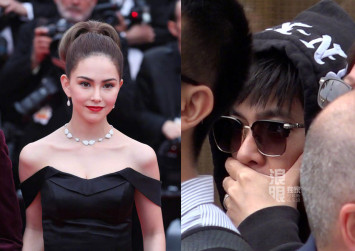 There was no need to lower her dignity, even if she was desperate to attain fame and glory, they noted.

According to portal ETtoday, Shi, 32, realising her gaffe, quickly posted on Weibo to ask for understanding from netizens.

"I believe every actor/actress who has the opportunity to walk the Cannes red carpet will be extremely nervous and excited; I am not immune to this," she wrote.

Recalling her experience at Cannes, she noted that there were many media folk at the red carpet, creating a situation that was "extremely loud" and chaotic.

"They kept yelling for more photos. When a staff member came up to me, I could not hear a single word she said. Until now, I am not even sure if I was being ushered off or not."

Shi confessed that she was horrified over the reaction to her Cannes' appearance, after initially feeling happy over what her team told her.

They said her name was a trending topic, and her immediate thought was that people were celebrating her presence in a major movie festival.