BEIJING - Rumours are swirling online that the next star to be blacklisted by the Chinese authorities is martial arts actor Jet Li.

A list of seven names has been circulating online in the wake of actress Vicki Zhao's scandal. Last week, all mentions of the top actress, 45, was scrubbed from the Internet.

Chinese director Zhou Guogang, who had in the past posted celebrity gossip on his Douyin account, jumped in with speculation that Li, 58, will be cancelled soon.

He called out stars such as actor Huang Xiaoming and actress Li Bingbing, who had deleted their pictures with Zhao from their Weibo accounts and sounded a warning to Li earlier this week.

"Quickly flee. Next month, the house may just collapse on you," he said. 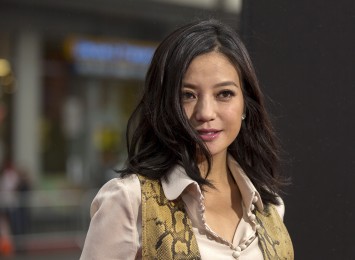 The unverified list allegedly from China's National Radio and Television Administration claimed that there will be new restrictions on celebrities who hold foreign citizenship.

Zhao, who is a Singapore permanent resident, owns a vineyard in Bordeaux with her billionaire husband, Huang Youlong, and is rumoured to have fled there.

Netizens have speculated that the power couple's business association with beleaguered tech tycoon Jack Ma could be a reason for her being blacklisted.

She posted three mundane photos on Instagram on Sunday (Aug 29), with a caption which seemed to imply that she was in Beijing, but swiftly deleted them.