The 35-year-old actor has played Thor in several Marvel Cinematic Universe films since the hero's debut in 2011 and he has confessed he has a "criminal record" on set as he's always taking different versions of his character's famous hammer home with him, however, his wife Elsa Pataky isn't too keen on his collection.

In an interview on UK station BBC Radio 2, he said: "We're not supposed t but I do take them, I stole them. My criminal record is definitely evident on that set and they watch me very closely. It's funny I had a couple of the hammers and I have them and I keep putting them on the display in the house and my wife's like, 'Get them down, they're ridiculous.' "

Chris - who has three children, India Rose, six, and five-year-old twins Tristan and Sasha, with Elsa - also revealed that the props can occasionally get misplaced in his home.

He added: "I was looking at the toy box and I was like oh look at this a plastic hammer and then I realised it was the real one just kicking around." 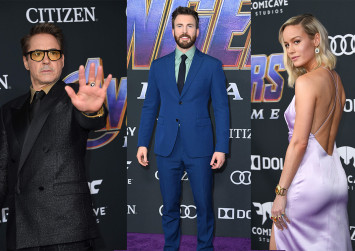 Chris is back as Thor in 'Avengers: Endgame' and he admitted slipping back into his alter ego's suit of armour was not that fun as it is a very uncomfortable costume.

He said: "The suit keeps changing it does and each time it's not a comfortable suit either it's the most heavy, awkwardly constructed piece of clothing you can imagine. Obviously there's a familiarity stepping back into the character but what's give me the most joy has been being able to recreate the character each time.

"And being able to show in particularly with 'Thor: Ragnarok' to kind of really totally shift the direction of where it was headed."