A screenshot from the film Thor: Love and Thunder

One of the bigger pieces of entertainment news in recent weeks is that of Chris Hemsworth, who is now taking a break from acting following the discovery of health issues that may arise due to his family history. However, when the time comes for him to come back to acting, Chris Hemsworth has shared that his time as Thor will likely require one last chapter.

The news comes via a Variety interview, in which the actor stated that whenever is his next outing as the God of Thunder, it will be his last. 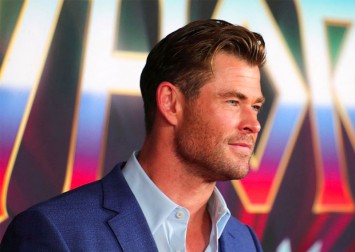 Obviously, Marvel is never going to let go of the mantle that easily, with the ending note of Thor: Love and Thunder stating surprising both Hemsworth and director Taika Watiti with Thor set to return. While there are no concrete plans just yet, the actor is certainly open to the idea, just as he said in 2020.

“I’m completely open to it, if there is something unique and fresh and unexpected to do with the character and the world. I’ve always loved the experience. I’ve been very thankful I’ve been able to do something different each time.”

The move to take a break from his craft stemmed from tests that were taken during the Disney+ documentary series, Limitless. Hemsworth learned that he has two copies of the gene ApoE4, one from each parent, making him between eight and 10 times more likely to develop Alzheimer’s Disease than those without. With only two to three per cent of the world’s population being in this group, the actor is not taking any chances.

“If you look at Alzheimer’s prevention, the benefit of preventative steps is that it affects the rest of your life,” he said. “It’s all about sleep management, stress management, nutrition, movement, fitness. It’s all kind of the same tools that need to be applied in a consistent way.”

While the idea of another Thor movie is still far away, Chris Hemsworth can next be seen in the upcoming Mad Max sequel, Furiosa, which just concluded filming. We wish him all the best and hope to see him on the big screen when it is time again.