Chris Martin has secured a temporary restraining order from a woman who believes she is in a "romantic relationship" with the Coldplay frontman.

The 'Yellow' singer believes the unnamed female has been stalking him for some time and claimed in court documents obtained by The Blast that she has been to his house multiple times and even placed a package inside his gate on one unwanted visit.

While Chris understands he is famous and has fans, he felt this woman was overly aggressive and he has become increasingly worried about the safety of himself and his loved ones.

The 42-year-old singer has received letters from the alleged stalker which reference his children Apple, 14, and 12-year-old Moses - who he has with ex-wife Gwyneth Paltrow - suicide, death, and "delusions" about what she believes is a "romantic relationship", while he described her as a "stranger". 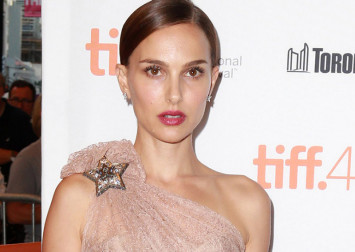 As well as protection for himself and his children, Chris also asked for his girlfriend Dakota Johnson to be covered by the order.

He claims she has left letters at his home referencing his children, suicide, death and "delusions" about what she believes is a "romantic relationship" with the singer.

Along with his own declaration, the 'Viva La Vida' hitmaker included a supporting statement from his security guard, along with documents which revealed the mystery female has an extensive criminal record.

In the court documents submitted by the 'Shiver' hitmaker, he claimed police had already warned the alleged stalker to stay away from him.

A temporary order forcing the woman to stay at least 100 yards away has been granted until a court hearing takes place next month.