Chris Rock claims to have turned down a tell-all interview with Oprah Winfrey.

The Top 5 star was slapped at the Oscars this year by Will Smith after telling a joke about the King Richard actor's wife Jada Pinkett Smith but he told fans at a stand-up comedy gig in Phoenix, Arizona, over the weekend that he won't be "crying [his] heart out" in public about the incident.

Audience member January Harrison told Entertainment Tonight: "During the evening, he did describe that he declined an offer to go onto Oprah to do to a sit-down interview and even a Super Bowl commercial with Will Smith himself.

"He said, 'You are not gonna see me on any interviews crying my heart out about this. I am not going to be a victim.'

"I think we were all wondering if he was going to talk about that incident or not."

Multiple audience members also revealed Chris said he had been asked to host the Oscars next year but had dismissed the offer.

One source said: "Chris Rock said he was asked to host next year's Academy Awards at his Sunday night show at Arizona Financial Theatre, and that he refused the offer.

Read Also
Will Smith, in new video, says he is 'deeply remorseful' about Oscars slap 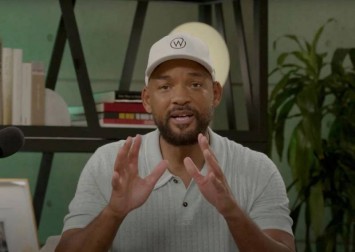 "He also noted that he was offered the chance to do a Super Bowl commercial that he also declined.

"Chris joked that returning to the Oscars would be like returning to the scene of the crime and said that it would be similar to asking Nicole Brown Simpson to go back to the Italian restaurant where she left her glasses."

An audience member urged him to "talk about" the slap, and he referenced Smith's role as Muhammad Ali in 2001's Ali.

He added: "He's bigger than me. The state of Nevada would not sanction a fight between me and Will Smith."

The Men in Black struck Chris across the face on less than an hour before picking up his Best Actor statuette for his role in King Richard at the Oscars back in March.

Last month, he apologised and reached out to the comic publicly, while claiming he had been hurt both "psychologically and emotionally" by the incident.