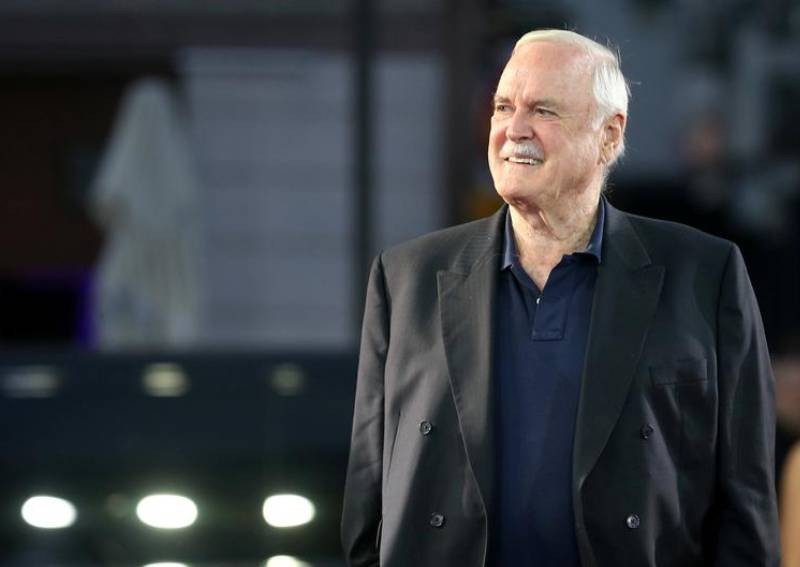 John Cleese has mocked the paltry royalty payments he receives for narrating Winnie the Pooh.

The comedy legend took to Twitter to blast the abysmal 17 pence ($0.30) payments he banks for his voice work on the 2011 Disney movie - which had a budget of £26 million and made just £43 million worldwide at the box office.

John tweeted: "In these difficult times, the arrival of residuals boosts my morale. Today I received royalties from The Adventures of Winnie the Pooh: US$0.20 (S$0.30)."

It wasn't the only movie the Fawlty Towers star blasted for a low payment, as he took aim at 2003 comedy sequel Charlie's Angels: Full Throttle.

Referring to the UK government's advice for those over the age of 70 to stay home for 12 weeks to help flatten the curve of the potentially-deadly coronavirus, he added: "Where shall I celebrate tonight? I know! My room!"

Fans of the star were shocked by his revelation and expressed how much they loved his work in Winnie the Pooh, to which the 80-year-old comedian quipped: "One of my favourite jobs!"

"My wife and I collect Winnie the Pooh prints, along with Wind in the Willows and Alice in Wonderland. All part of a carefully planned strategy not to grow up too much."

Meanwhile, he has recently offered fans the chance to meet him for £235 via US website Fanmio.

John said: "I trust I've given you a few laughs over the years and now I'd love to give you the chance to meet me and ask questions - personally meet me on a one-on-one video meet-and-greet session."

"It'll just be the two of us talking and you can ask me whatever you want."