SINGAPORE - Ticket sales for K-pop boyband BTS, which will be performing in Singapore on Jan 19, will go on sale from Saturday (Oct 27).

Concert organiser One Production released ticketing details for the group's mega concert at the National Stadium on Sunday.

One Production had announced that the septet will be coming to Singapore in a Facebook post on Oct 10.

From 10am on Saturday, fans can snag the tickets online at www.sportshubtix.sg, via hotline on +65 3158 7888 or at the Kallang Wave Mall ticketing booth and all SingPost outlets. 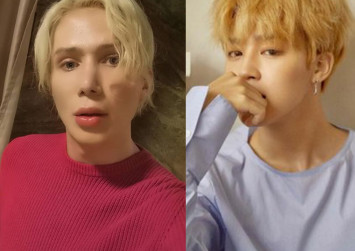 Those who buy Cat 1 tickets ($348) by Jan 7 will participate in a lucky draw, with 1,000 tickets to a sound check party up for grabs, according to One Production.

The organiser said in its statement that the Singapore concert will feature songs from the band's chart-topping albums and also solo performances by each member.

They will be the first K-pop group to play at the National Stadium, which has a capacity of 55,000.

It was also announced earlier this month that the group will perform in Taiwan at the Taoyuan International Baseball Stadium, Hong Kong's Asiaworld-Expo Arena and Bangkok's Rajamangala National Stadium.

BTS ARMY, mark your calendars for Jan 19, 2019. The K-pop band will be holding a mega concert at the Singapore National Stadium as part of their Love Yourself World Tour. http://str.sg/onYV

Posted by The Straits Times on Wednesday, October 10, 2018

These are the first South-east Asian tour dates announced for the group's world tour.

The seven members, aged between 21 and 25, last held a concert in Singapore at The Star Theatre in 2014.

In recent years, they have gained massive success as the only K-pop artist to top the Billboard 200 albums chart.

The South Korean presidential office also said that it would award the boys an Order of Cultural Merit for their contributions in spreading Korean culture and language.

This article was first publishd in The Straits Times. Permission required for reproduction.