Coronavirus means no filming, so 'Hawkeye' Jeremy Renner asking for child support payments to be reduced

Jeremy Renner has asked for his child support payments to be reduced due to the coronavirus pandemic.

The 49-year-old actor filed legal documents in Los Angeles on Monday (March 23) asking for the US$30,000 (S$43,000) he currently pays Sonni Pacheco for their six-year-old daughter Ava to be reduced.

He admitted it is "likely" most of the work he had lined up for this year won't go ahead due to widespread cancellations to curb the spread of the virus.

Jeremy acknowledged that 2020 was always going to be less fruitful financially because of the end of the Avengers franchise but he did have other jobs in the pipeline that have now been put on hold.

According to TMZ, he wrote in his documents: "It is likely that most productions will not resume again prior to the end of the year. As such, the projects that I had previously lined up to film this year are likely cancelled or postponed."

Although he didn't ask for a specific reduction, Jeremy said he believes Ava's "reasonable needs" for housing, food, transport and clothing should come to around $11,000 per month.

The actor claimed his ex-wife is currently using the payments as a "slush fund" to support her lifestyle and wage a child custody war against him.

His lawyer said in the documents: "Sonni's voracious appetite for Jeremy's money has no end in sight."

Jeremy also asked the judge to let his business managers have sole control over the funds in his daughter's account.

Last October, Sonni alleged Jeremy "put a gun in his mouth and threatened to kill himself" during a drink and drug-fuelled rage.

Court documents stated: "Jeremy put a gun in his mouth, threatened to kill himself, and fired the gun into the ceiling while Ava was asleep in her bedroom." 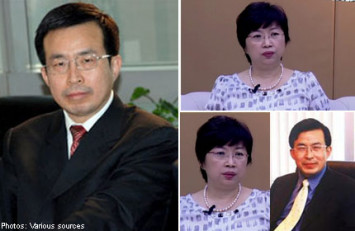 The model-and-actress - who split from the actor in 2014 after just 10 months of marriage - also alleged the star told someone in a club in November 2018 that he "could not deal with her anymore, and just wanted her gone" as he talked "about killing his wife".

Meanwhile, Ava's nanny allegedly also overheard him saying he would kill his ex and then himself.

She claimed he said: "It was better that Ava had no parents than to have [Sonni] as a mother."

A spokesman for Jeremy insisted at the time he will always put his daughter first.

They said: "The well-being of his daughter Ava has always been and continues to be the primary focus for Jeremy.

"This is a matter for the court to decide. It's important to note the dramatisations made in Sonni's declaration are a one-sided account made with a specific goal in mind."