Touted as a Hollywood watershed, Crazy Rich Asians has been making international headlines as the first Hollywood movie in 25 years to feature a majority Asian cast – a feat not matched since The Joy Luck Club in 1993.

Not only is the romcom widely considered a win for Asians and Asian-Americans, it is also a victory for Singapore.

Opening here on Aug 22, the highly anticipated film was partly shot on our sunny shores and has pushed Singapore and Singaporeans into the spotlight.

Ms Lynette Pang, assistant chief executive (marketing group) of Singapore Tourism Board (STB), told The New Paper: “As the movie is set in Singapore and showcases (it) in a way that celebrates Singapore’s culture, food and attractions, it is a natural opening to get the conversation going about the real Singapore and pique interest in visiting the country.”

She said while it might not be possible to “immediately quantify returns” from the movie, STB does “expect the exposure to help bolster greater global awareness of our destination and this could potentially attract more visitors over time”.

According to Ms Pang, Singapore has already garnered positive media coverage in publications such as Vogue, Bloomberg, Forbes, Cosmopolitan, CNN Travel, The Hollywood Reporter and USA Today. They have run travel guides and destination features.

According to Mr Joachim Ng, director of SFC, the movie has benefited the local media industry ecosystem by facilitating the exchange of skills and experiences and providing exposure for home-grown talent.

These include the 12 cast members and 297 production crew – 20 of whom were interns and fresh graduates from the Nanyang Technological University, LaSalle College of the Arts and Ngee Ann Polytechnic. 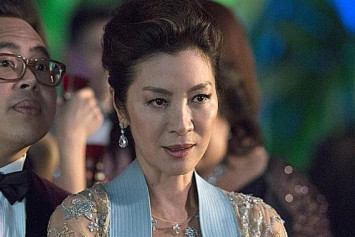 Infinite Studios – the local company that worked on action flick Hitman: Agent 47 (2015) and sci-fi romance Equals (2015), which were partially shot in Singapore – was the local production partner, and Crazy Rich Asians has also enhanced its capabilities of handling large-scale film production.

Mr Ng added that other industries including hospitality, food and beverage and transport have also benefited from the shoot.

In the meantime, STB is also working with film studio Warner Bros and other partners to leverage on the movie’s upcoming release in markets such as the US, Australia, Japan and South-east Asia.

In the US, STB organised the Crazy Rich Singapore Week from Aug 9 to 11 in partnership with premier restaurant and nightlife group Tao Group. 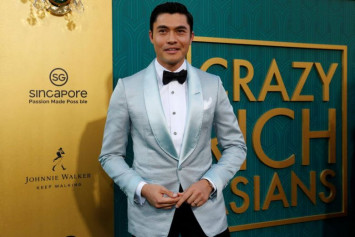 Ms Pang said STB is also focusing its marketing message around the homegrown talents and personalities as they are a key anchor of the Passion Made Possible brand.

She added: “The film shines a spotlight on them, and how they are making their passions possible on a global stage. “Through them, we believe the story of Singapore, and how it is Passion Made Possible, can also be told.”