'I was fully prepared to be chased away': Danny Yeo recalls reuniting woman with father after 30 years of estrangement

Danny Yeo helped to bridge the gap between a father and his daughter, 30 years estranged, but he had some doubts at first.

Absence makes the heart grow fonder but after 30 years, does that still hold true?

In the second episode of the Mediacorp programme Being Together — A Family Portrait, host Danny Yeo reunited a daughter with her father after about 30 years of separation.

The series aired at the end of March this year but Danny recently accepted an interview with Shin Min Daily News after his nomination for Best Digital Host/Presenter for the programme at the upcoming Asian Television Awards.

Speaking on the difficulties he faced, Danny, 49, shared that the coronavirus was a problem that plagued them, making it more difficult to travel to different countries.

He also had to become the bridge to mend relationships that might have otherwise been left broken.

The most poignant incident for Danny was when he helped fix the relationship between Ashitiana Cho and her father after 30 years of estrangement.

Read Also
'Took the hell out of me': Bryan Wong's role in Soul Detective is very different from what he's used to 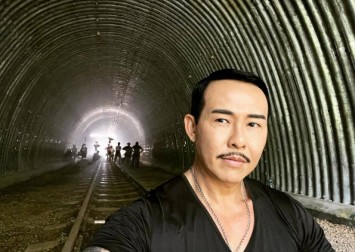 Danny recalled to Shin Min: "Due her rebellious personality and constant flouting of her curfew, her father became angry and threw her belongings into the trash can.

"Ashitiana ran away from home in a fit of anger and she never saw her father again for more than 30 years!"

It was mentioned in the programme that her father, who Cho believed was drunk that day, was furious when she didn't return home. He never tried to contact her after that, not even to inform her when her mother died.

Her father even moved out of their home and changed his phone numbers. Finally getting his new number from a relative, Cho attempted to communicate with him.

However, she was met with a brick wall every time, with her father constantly saying to her: "Why did you call? Don't call for no reason!"

She said in the programme: "Maybe he thought I was undutiful because I just left [and would think], 'Why is it that this daughter of mine can't do anything right?'"

In order to put the pieces of this fragmented relationship together, Danny visited Cho's father at his home with a hamper in hand, as shown in the programme.

The gifts in the hamper were personally selected by Cho and she also provided Danny with a wedding album for him to give to her father. 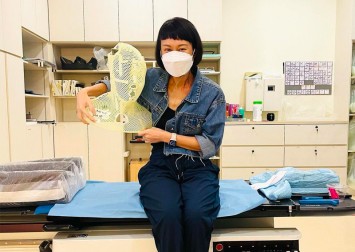 She had gotten married and settled down in Malaysia, partly because she could no longer travel around the world due to Covid-19.

"I was fully prepared to be chased away by Ashitiana's father with a broom," Danny recalled in the interview with Shin Min.

As it turned out, the 83-year-old man had difficulty hearing and his eyes weren't as sharp anymore, so he was easily irritable.

"My daughter called me but I just couldn't hear her clearly so I just said, 'Never mind!'" he said in the programme.

When asked by Danny if he missed his daughter, he paused before replying, appearing to choke a little: "I have a son and a daughter, I'm a father, of course I miss them, right?"

Having delivered the hamper and received his approval to video-call Cho, Danny facilitated the first meaningful conversation between the two in approximately 30 years.

While her father couldn't hide the wide smile on his face, Cho teared up in joy.

Laughing, Cho replied: "I know, that's why I've been trying to look for you, I didn't know how you were. I want to look after you."

After the call, Danny also asked the father in the programme if he hoped that Cho could spend more time with him.

Her father immediately nodded silently, before breaking out into a quiet laugh.

Recalling the state he was in while recording the narrations for these emotional episodes, Danny admitted to the Chinese daily that he kept crying thinking of the stories he had experienced.

He added: "I felt like I wasn't just hosting a show — I was doing something good."

Being Together — A Family Portrait is currently available for streaming on meWATCH. The Asian Television Awards will be held tomorrow (Dec 1) in Manila.