Third time’s the charm, and it seems MCU’s Spider-Man 3 is fully intending on delivering in the expectations department.

Apart from bringing back past Peter Parkers Tobey Maguire and Andrew Garfield, the film will feature returning faces such as Alfred Molina and Jamie Foxx as Doc Ock and Electro respectively as well, with another potential character set to join the cast: Daredevil.

Following earlier rumours of a team-up between the vigilante and the neighbourhood’s friendliest web-slinger, Murphy’s Multiverse reports that a deal is indeed in place for actor Charlie Cox to make his debut in the Marvel Cinematic Universe (MCU).

There’s no official confirmation as of yet, though the possibility is heightened with Disney having gained back the rights to the Daredevil television series.

While the rumour should be treated with a grain of salt, it’d be interesting to consider the role of Daredevil in the film. 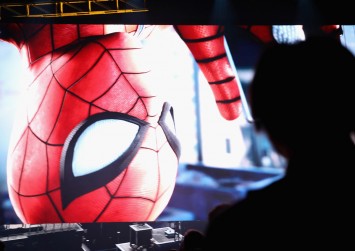 The long-gestating speculation involves having his lawyer alter-ego Matt Murdock coming to the aid of Peter Parker, who in Spider-Man: Far From Home, got his identity unmasked by Daily Bugle’s editor-in-chief J. Jonah Jameson.

It sets up the stage for this third installment, and may also prove to be the most logical and evident way for Marvel Studios to introduce Daredevil into the MCU.

The Daredevil-Spider-Man crossover has long been the fantasy of fans, so fingers crossed that it’ll become reality. Besides, it’s about time for Cox and his on-screen persona to have a good break – the show was dropped after a three-season run on Netflix, with no interest on Disney+’s part to revive it.