Dennis Chew: People wondered if I could play a male character after playing Aunty Lucy so well

His role as Auntie Lucy made him famous, but Dennis Chew is no one-trick pony when it comes to acting.

Known for her catchphrase, "So embarrassing!", Aunty Lucy first made her debut in 2009 on a variety show Paris and Milan, which was a hit with audiences and scored him his first win at the 2010 Star Awards, something he'd never thought would happen.

"This woman is very prosperous. Because of her, I gained more recognition, and more people realised that I could act, on top of being a DJ," the 48-year-old told Lianhe Zaobao in a recent interview.

That being said, there were also others who doubted Dennis' versatility as an actor.

"Many wondered if I could play a man since I played the role of a woman so well but my role in 118 as Shunfeng convinced audiences otherwise."

With his tenth win in the Top 10 Most Popular Male Artistes' category in 2021, it looks like Dennis has won these skeptics over.

It's not just his acting journey that was tough. Even as a radio DJ, Dennis had to deal with flak from higher-ups during his younger days, who perceived him as a "lazy" and "irresponsible".

The reason? He couldn't fulfil two out of three days of his scheduled hosting gigs due to a clash with his filming schedule. When contacted by AsiaOne, Dennis laughed it off and said it was simply a misunderstanding.

Read Also
DJ Dennis Chew's first time having his own bedroom after 47 years: 'Now I love to nua in bed in my underwear' 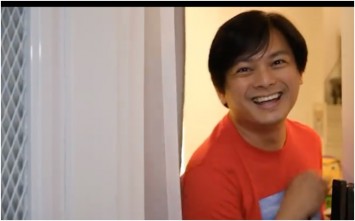 Subsequently, he was offered a talent contract, and hosted another radio show with Foong Wai See that earned him the Most Humorous DJ award.

The award finally earned him a full-time contract with Mediacorp Radio, after former senior vice-president Shih Hui Min realised that he wasn't a full-time employee when she congratulated him on his win.

"I'm very grateful for that weekend show, thank you [former Yes 93.3 programme manager] Jiang Jiang and Hui Min. At the end of 1999, I finally became a full-time DJ."