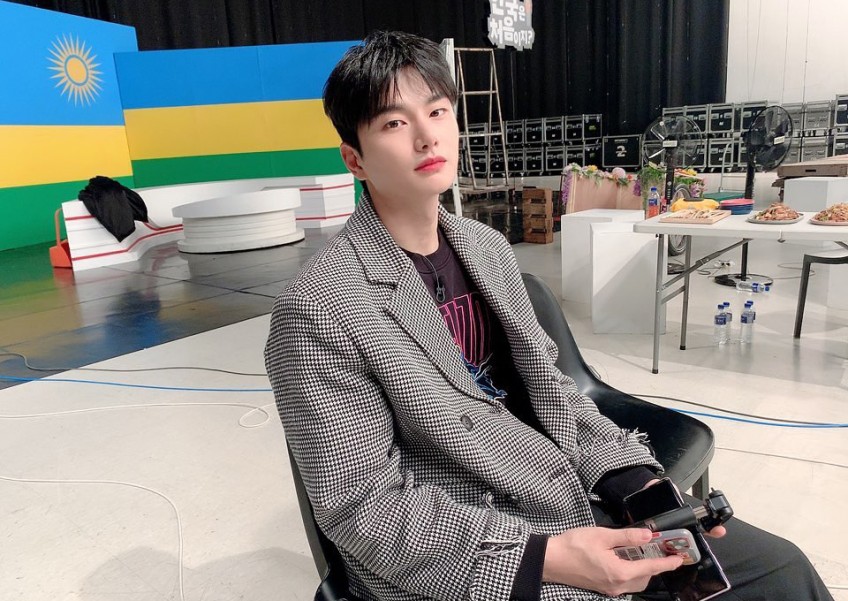 The 31-year-old was commuting along the Hannam Bridge in Seoul when he stopped a suicide attempt by a drunk man, according to recent media reports.

The intoxicated man had stepped in front of a moving truck on March 19. Although the truck driver managed to stop in time, he continued walking in the path of oncoming vehicles on the bridge.

According to witnesses at the scene, the truck driver alighted and stopped the man. Yi-kyung, whose car was behind the truck, got out of his vehicle and helped the driver to hold the man back as well.

A witness said: "Lee Yi-kyung held tightly onto the drunken man for a long time and prevented him from jumping into the street and river. Everyone was flustered and scared, so they couldn’t get out of their cars, but he got out of the car without hesitation.

"He also gave his coat to the drunken man who was shivering and held onto the person to make sure no more [suicide] attempts were made. His courage saved someone’s life."

Since the news broke about his heroic deed, Yi-kyung's agency HB Entertainment released a statement confirming the reports.

They said: "After checking with Lee Yi-kyung, he confirmed that the report is true."

"He said that he ran out of the car without thinking because it happened right in front of him. He only did what had to be done, so he didn’t feel that a story had to be made out of it.”

Yi-kyung made his acting debut in 2011 and played supporting roles in popular K-dramas such as My Love from the Star and Descendants of the Sun.

Most recently, he starred in major roles on dramas Welcome to Waikiki and Children of Nobody.