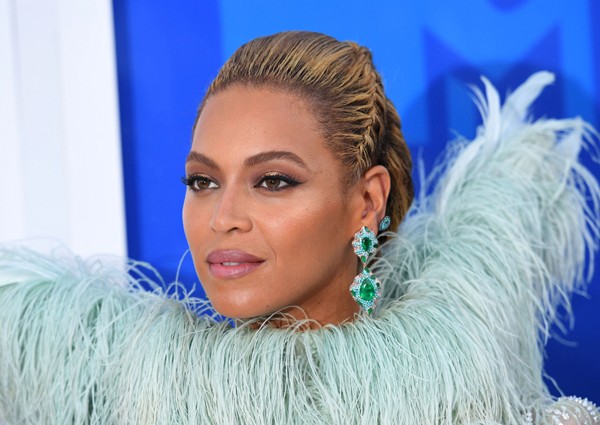 Beyonce has everyone speculating what her latest photo montage/Instagram video showing off her very pregnant belly really means.

But the only thing popping in the photos is the superstar's fierceness - or, for obsessed fans, clues as to what this means about her twins.

Wearing a curve-hugging floor length blue dress on a night out with husband Jay Z, many of the photos in the short video show the pop star posing with huge flower backgrounds. Artist Othelo Gervacio is the man behind the artwork, which in some shots are transposed onto Beyonce's frame.

But back to business. The real takeaway of the photo shoot isn't glamour shots and cute family pics, but obviously that Queen B might be giving us important clues about her expected twins.

The internet was on it with speculation about what the colour of her dress meant, along with other visual clues from the flowers and background art. A predominant theory was that all the flower imagery is for sure a clue about what she's naming these babies.

Overall consensus seems to be a boy-girl combo.

To be sure, we need more clues, Beyonce. It's so hard to know what anything really means.

Or, you know, we could all just sit tight.