SEOUL - A public relations storm has blown up for BigBang singer Seungri after the staff of his Burning Sun club in Seoul were accused of assaulting a man.

According to the man called Mr Kim, he had requested for security guards to help a woman whom he claimed was being sexual harassed.

Instead, in the incident in November last year, he was beaten up by the guards and taken to a police station where he said he was also physically assaulted.

CCTV footage of the incident at the club has since surfaced.

Now, netizens in South Korea are calling on Seungri to give an explanation over the conduct of his staff. 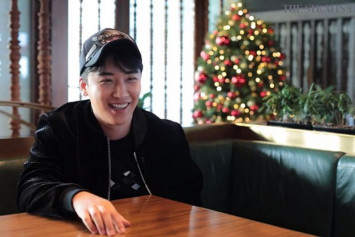 The singer recently had to apologise to the boss of his management company YG Entertainment over his claim of receiving zero support from it for his solo tour.

The singer wrote: "I will put an end to the controversy. I'm sorry for everything.

"I wanted to be funny while talking and I think I went a bit overboard."

In another act seen as trying not to make waves in a K-pop industry where labels tightly manage their artists' careers, he added: "Sir, I'll go to the seventh floor any time.

Mr Yang's office is on that floor.

Before Seungri backed down, his fans had started an online drive urging YG to provide the singer - who will perform in Singapore on Feb 23 - with backup dancers and promotional activities.

Seungri, whose bandmates T.O.P, G-Dragon, Daesung and Taeyang are serving their mandatory military service, is expected to enlist this year.