A real plane was used for a crash scene during filming for Tenet.

Christopher Nolan - who directed the much-anticipated thriller movie - has revealed he decided to buy and crash an actual aircraft as it was "more efficient" than using special effects.

The 49-year-old filmmaker told Total Film magazine: "I planned to do it using miniatures and set-piece builds and a combination of visual effects and all the rest."

Nolan revealed that the production team came up with the idea after discovering some old planes when searching for filming locations in California.

He explained: "We started to run the numbers ... It became apparent that it would actually be more efficient to buy a real plane of the real size, and perform this sequence for real in camera, rather than build miniatures or go to the CG route."

Read Also
Christopher Nolan is going to screen an entire movie for free... in Fortnite 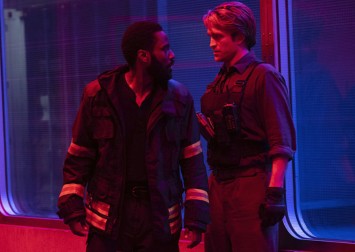 Nolan - whose previous credits include The Dark Knight and Inception - thinks his "impulse" purchase has worked out well.

He said: "It's a strange thing to talk about - a kind of impulse buying, I suppose.

"But we kind of did, and it worked very well, with Scott Fisher, our special-effects supervisor, and Nathan Crowley, the production designer, figuring out how to pull off this big sequence in camera. It was a very exciting thing to be a part of."

Robert Pattinson - who stars in the movie - has described the stunt as being "bold to the point of ridiculousness".

The 34-year-old actor shared: "You wouldn't have thought there was any reality where you would be doing a scene where they just have an actual 747 to blow up!

"It's so bold to the point of ridiculousness ... I remember, as we were shooting it, I was thinking, 'How many more times is this even going to be happening in a film at all?'"