Disney has released the first trailer for its live-action 'Lion King' remake.

The teaser of the Jon Favreau-directed movie has been posted on Disney's official Twitter page and has already attracted more than 18 million views.

The visually spectacular trailer opens with a rising sun and follows various animals rushing across sun-scorched ground to greet Simba.

The eagerly awaited film - which is a remake of the 1994 hit - boasts a star-studded cast that includes the likes of Donald Glover as a young Simba, as well as Beyonce as Nala and James Earl Jones.

Elsewhere, British comedian John Oliver will provide the voice of Zazu - who serves as Mufasa's loyal chief steward - in the live-action remake.

As well as keeping Sir Elton John and Tim Rice's original songs in the upcoming film - which include 'Can You Feel The Love Tonight', 'Be Prepared' and 'I Just Can't Wait To Be King' - the remake will also feature some new tunes. 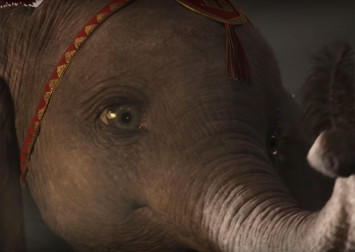 'Can You Feel the Love Tonight' actually won the Best Original Song accolade at the Academy Awards.

Disney has released a string of remakes as of late, including 'Cinderella' and 'Beauty and the Beast', and the live-action 'The Lion King' is already one of the company's most eagerly anticipated projects in recent years.