NEW YORK - Dance music superstar Avicii committed suicide by slashing himself with a shard of glass, the celebrity gossip site TMZ reported on Tuesday (May 1).

A representative for the Swedish DJ did not reply to requests for comment. But his family earlier insinuated that Avicii had killed himself.

"He really struggled with thoughts about Meaning, Life, Happiness," his family said in an open letter on Thursday. "He could not go on any longer. He wanted to find peace."

TMZ, quoting unnamed sources, said that Avicii inflicted intensive bleeding by cutting himself with broken glass, possibly from a bottle.

Read Also
DJ Avicii 'could not go on any longer': family 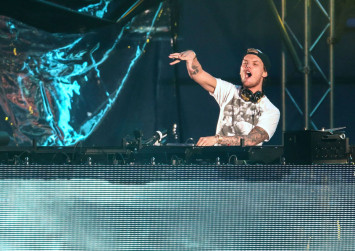 The 28-year-old whose real name was Tim Bergling was found dead on April 20 while on vacation in Oman.

Police in the Gulf sultanate said that there was no indication of foul play.

Avicii had long spoken of his problems with alcoholism and his struggles as an introvert in adapting to the hard-partying DJ lifestyle.

He stunned fans in 2016 by retiring from touring at the age of just 26, although he later returned to the studio.

Avicii was one of the first DJs to bring electronic dance music into the mainstream, filling festivals and winning radio airplay as he collaborated with artists including Madonna and Coldplay.