Benedict Wong (left) said it's not okay for Xochitl Gomez to accept hate over LGBTQ character.

There's a fine line between acknowledging the existence of bullies and accepting their actions.

This is why it's very fortunate that 16-year-old Xochitl Gomez had a protector in the form of Doctor Strange 2 co-star Benedict Wong.

During a media interview earlier today (May 2), the two stars shared a powerful moment when Benedict told Xochitl that "it's not okay" to accept hate from anti-LGBTQ netizens, and slammed online trolls for harassing her.

For the uninitiated, Xochitl plays lesbian character America Chavez in the upcoming Marvel film Doctor Strange in the Multiverse of Madness. America is a teenage superhero with the ability to create star-shaped portals that allow her to travel across the multiverse.

In Doctor Strange in the Multiverse of Madness, the Marvel Cinematic Universe (MCU) unlocks the multiverse and pushes its boundaries further as Doctor Strange (Benedict Cumberbatch) traverses the mind-bending and dangerous alternate realities to confront a mysterious new adversary with the help of mystical allies both old and new.

Most recently, the film made headlines when Disney refused to cut "LGBTQ references" for Saudi Arabia censors. According to reports, apart from America's sexuality, the film also had America referencing her "two mums".

Back in November, Disney faced similar pushback with Eternals as it included the MCU's first same-sex couple — Phastos and his husband — and a kiss scene of theirs. 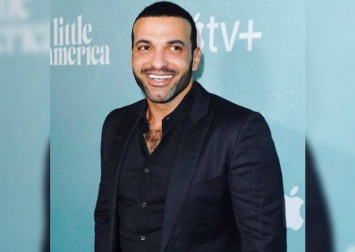 When asked by AsiaOne how she felt about Disney's stance and being at the centre of this defining moment at her age, Xochitl replied: "It's a big deal that America is in this movie. It's just huge. And I'm just so happy that Marvel has stuck to it and kept the scene in there. And it's just pretty crazy that I get to be the one who plays America.

"Although, yes, my name may be circled within hate and stuff but it's okay."

Without missing a beat, Benedict, 50, added: "It's not okay. It's not okay. We have to all collectively understand that... she auditioned aged 13 and she joined us aged 14, one of the youngest actors to join the MCU of a film of that magnitude. You know, she's just a young girl playing her role and full praise for that...

"So there's a real level of shame for all those trolls that are cowards not to actually put their face on, and they should feel a deep shame of what they're doing. Let's all just play nice. Let's all just enjoy... what we are representing.

"It's sad that fans in that country won't get to see this as yet. But all we are doing is radiating representation, voicing the voiceless. And that's all that we can do — represent people so that they can be seen."

While it's common to have haters when you're a celebrity, it's another thing all together to be harassed and bullied to the point where your TikTok account gets banned.

It's unclear why her TikTok was banned — although TikTok users assumed she was bullied off the platform — but Xochitl said it served as a wake-up call as she realised she could no longer brush off the negativity like she initially did.

She said: "I got my TikTok back and I posted a TikTok because I know that I do have a very strong young following. So I thought it was only right to post a TikTok of [me saying] nothing can break me down, I'm going to stay strong, just keep going because it's very important for young teenagers to have a positive person to look up to."

It's Wong world and we're just living it

With Phase 4 of the MCU underway, Benedict's character Wong has become more of a central figure.

Most notably, he popped up in Shang-Chi and the Legend of the Ten Rings where he bridged the gap between the existing superheroes and newcomer Shang-Chi (Simu Liu) and Katy (Awkwafina).

Talking about the importance of his role in Phase 4, Benedict deadpanned: "Yeah, welcome to the WCU (Wong Cinematic Universe) and we've entered into Phase One. We're coming to the end of Phase One sadly."

Read Also
Spoiler free: I watched the first 20 minutes of Doctor Strange 2 and it seems to be the most mature MCU film so far 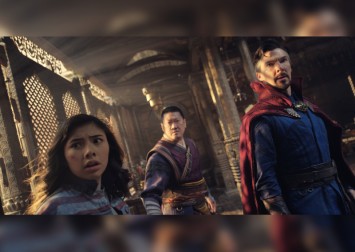 As someone who collected Marvel comics from a young age, he feels fortunate to be an actor in the MCU and that Marvel did away with "the old source material of a servile Asian character" to create a "no-nonsense, midfield general librarian that does not suffer fools gladly".

Previously a librarian and kind of a second fiddle to Doctor Strange, Wong is being pushed to the forefront of the franchise as the Sorcerer Supreme.

Reflecting on that development, Benedict said: "That's a fantastic character progression really, especially being the first East Asian character in the MCU... And we'll see where it lies, you know, with the storylines."

While there may be some material to explore a potential standalone series or film with the character, Benedict maintains that he's happy with the status quo.

"I'm living a dream at the moment, you know, starring in this. My ancestors are smiling, I'm playing the character called Wong so I'm in perfect alignment."

Doctor Strange in the Multiverse of Madness opens in cinema on May 4.