From driving a BMW to being penniless: Shaun Chen left Mediacorp on bad terms, became jobless when rival channels merged

It's been said that you shouldn't bite the hand that feeds you and Malaysian actor Shaun Chen learnt that lesson the hard way.

On the latest episode of meWATCH talkshow Hear U Out, the 42-year-old told local TV host Quan Yi Fong that he didn't part amicably with Mediacorp when he was poached by the now-defunct SPH Mediaworks in the early 2000s.

When the two companies merged less than two years later, he found himself jobless.

"(MediaWorks) was very sincere and had a lot of confidence in me. They offered me a huge salary raise to join their team. I was naive and it was quite straightforward to me. I wanted to support my family, and I didn't handle the situation as well as I should. I should have handled it better so that people wouldn't be angry at me for leaving," he explained.

When the merger between Mediacorp and MediaWorks happened, he was one of the few artistes who did not join Mediacorp, though it was something that he had expected. Overnight, Shaun went from being an actor with a BMW and a stable income to having no income.

And it was tough on him, to say the least, as his parents weren't in Singapore and he had no other relatives here either. He had bills to pay as he was renting a place and paying off his car, which was "too expensive". Inevitably, he had to sell off the vehicle.

Shaun said: "Eventually I ran out of funds, and I resorted to using credit cards. I spent as little on food as possible... Since I didn't have an income, I went back to selling spectacles. I went to the shops with two bags of samples to sell spectacles.

"Imagine people's reactions when they saw me walk in — 'Shaun Chen's selling spectacles? Sure, let's take a look.' They bought a few pairs just to be nice to me. It didn't feel good, but I had to work to earn money."

The actor also didn't want to let his parents know just how much of a tough spot he was in because it's "my responsibility to survive in society".

Read Also
Sharon Au: People thought I was a traitor in the media war but I'm actually the big winner 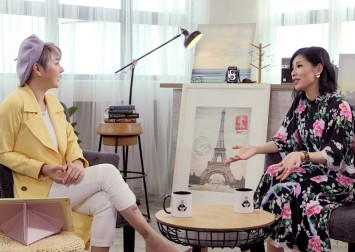 He held back his tears and said: "From a very young age, I stopped taking money from my parents. I started working when I was 18. Every month, I would give my parents one to two hundred dollars out of my pay cheque. I make it a point not to take money from them."

Shaun hid the truth from them and said he was "still acting and working part-time". At that time, he also took any acting roles that came along, including an English-speaking role in the local drama Heartlanders. It was challenging for him as his English was "terrible".

This went on for about two to three years but he didn't want to return to Malaysia in such a sorry state and he wanted to stay in Singapore as he still felt that he could make it.

"Then I met Kenneth Liang, the boss from the production company Dream Forest. He brought me back to Mediacorp to discuss a contract. It took a few rounds of discussion, and I returned to Mediacorp," he said.

After his second chance, Shaun admitted to taking on any roles he was given, which eventually led to him playing villainous roles.

He said: "In fact, for a period of time, I always played the villain but people liked me in that kind of role."