Andrew Lloyd Webber's fortune is estimated at £820 million (S$1.45 billion), while Ed Sheeran was the fastest riser on the Sunday Times Rich List, doubling his wealth in the last year to £160 million.

Lloyd Webber, 71, wrote the scores for musicals Cats, The Phantom Of The Opera and Evita and was described by the New York Times as "the most commercially successful composer in history".

McCartney and his wife Nancy Shevell's fortune has dropped by an estimated £70 million to £750 million, with Irish band U2 in third place with a joint worth of £583 million. 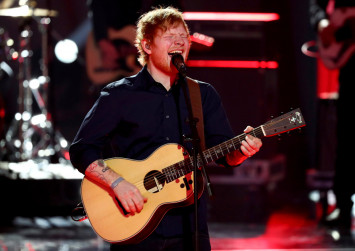 Contemporary star Ed Sheeran, currently packing out stadiums around the world, was the fastest riser, doubling his wealth in the last year to £160 million, overtaking soul singer Adele.

Grime artist Stormzy makes his debut on the top 40 list with a fortune of £16 million.