Ed Sheeran has splashed out an estimated £42 million (S$75 million) on houses, flats and restaurants in the past seven years.

The 28-year-old singer - who didn't have anywhere to live for much of 2008 and all of 2009 and 2010 - has become a property magnate after amassing a portfolio including four houses in his home county of Suffolk, east England, worth an estimated £2.8 million, and 14 London-based properties.

Ed - whose 'Divide Tour' made a reported £342 million last year - also owns a restaurant, Galicia, in Notting Hill, west London, and he has been praised for his "shrewd" investments.

A financial expert told The Sun newspaper: "He's been incredibly shrewd by ploughing his money into property. And by focusing on London, where the market is still growing, he can charge top whack to renters. 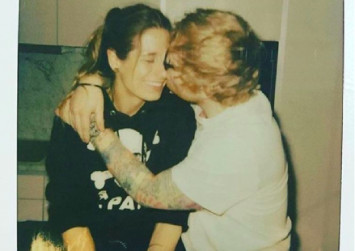 "There's every chance tenants are unaware they are handing money over to a multi-millionaire singer."

Ed's impressive property portfolio is a far cry from the days before he became famous, when he used to sleep on the London Underground or on friends' sofas after shows.

"I knew where I could get a bed at a certain time of night and I knew who I could call at any time to get a floor to sleep on. Being sociable helped. Drinking helped.

"I spent a week catching up on sleep on Circle Line trains. I'd go out and play a gig, wait until 5am when the Underground opened, sleep on the Circle Line until 12, go to a session - and then repeat. It wasn't that bad. It's not like I was sleeping rough on the cold streets."

However, Ed's hygiene suffered as a result of his lack of permanent abode.

He added: "I didn't have the best personal hygiene at that point because I didn't get a chance to shower.

"It was just: sleep on the train, session, sweat on stage, drink, sleep on the train. I had 23 dreads on one side of my head from not washing my hair. My girlfriend counted them when she took them out with a comb."