Ed Sheeran has denied "borrowing" music from other artists.

The singer took to the stand at the High Court in London on Monday (March 7) as part of a copyright claim over his 2017 hit Shape of You.

Ed is in a dispute with musicians Sami Chokri - a grime artist who performs under the name Sami Switch - and Ross O'Donoghue, who allege that the track infringes "particular lines and phrases" from their song Oh Why, which was released in 2015.

Barrister Andrew Sutcliffe QC, acting for the musical duo, claimed that Ed "borrows ideas and throws them into his songs, sometimes he will acknowledge it but sometimes he won't".

Quizzed on the claims by his lawyer Ian Mill QC, Ed replied: "No. The examples he has been using are obviously famous artists, two of them are people I've made songs with."

Ed, 31, also provided examples of when he's cleared aspects of songs with unknown artists, such as sampling a part of a track from Buffy the Vampire Slayer from an "unknown composer". 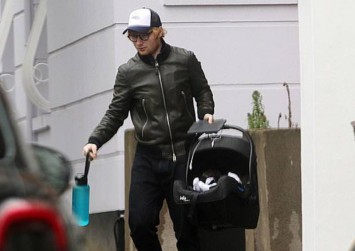 He said: "All those examples are not famous artists that we've cleared songs with and that's what I have to say on that."

Ed insisted he was not aware of Sami before the song was written.

However, it was claimed in court that the pair had both appeared in videos on Jamal Edwards' SBTV - with the late entrepreneur also posting about Sami on Twitter.

Ed responded by arguing that Jamal - who passed away last month, at the age of 31 - "championed lots and lots of artists" and "it wasn't like [he] watched every single video he uploaded".

He said: "I followed him on Twitter - it doesn't mean I read everything he wrote."

The trial is expected to continue for around three weeks.