The Bad Habits singer believes young people should be encouraged to be "creative" and not just be forced to focused on academics and urged kids to follow the path they love, just as he did.

He told the Sunday Mirror newspaper's Watts the Goss column: "I think kids should be encouraged to be creative.

"When I was a child, saying you wanted to be a musician, they'd go, 'You need to get a real job.'

"School is so stressful. You've got all these exams - maths, English and science - all these things are very difficult.

"But what I want to say to kids is if you do what you love, you will eventually get paid for it."

And the 30-year-old star insisted he's learned more from the low points of his career than the highs.

He said: "You learn way more from failure than you do from success. 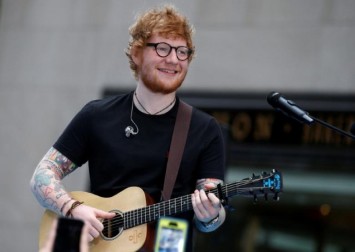 Despite his words of encouragement for young people, Ed recently admitted he doesn't want his and wife Cherry's daughter Lyra - who turns one this month - to follow in his footsteps when she gets older as he wants her to have her own identity away from him.

He said: "I think it's from being in the music industry - I'm like, 'I would not wish this on my child.'

"I would hate for her to be known as my daughter rather than just Lyra, I want her to have own identity."

Lyra's mother Cherry is a hockey player and Ed believes their daughter is destined to be more like her.

He added: "I think Lyra will be more sporty I think."