Edison Chen shows off cute daughter online, but something else catches netizens' eyes

After welcoming a daughter with his girlfriend Qin Shupei last year, notorious Hong Kong actor Edison Chen appears to have toned down his bad boy antics, transforming into a doting dad instead.

But that doesn't mean the 38-year-old doesn't attract controversy still.

Chinese model Qin gave birth to their daughter Alaia in March last year. Since then, the proud dad has shown off the adorable girl on social media on several occasions.

However, in a most recent photo posted on Christmas Day, it was Alaia's "toy chest" that had netizens agog. And for good reason. It's no ordinary storage box. 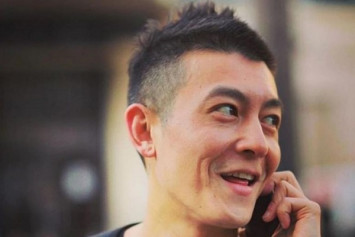 It retailed for US$68,500 (S$94,000) when it was launched last year, and is reportedly one of the rarest and most expensive pieces in the collection. A similar piece was auctioned off for more than US$100,000 the same year.

"Life of a princess," wrote one user.

Naturally, doubts were also cast on his real intention in posting the photo, "I feel Chen wanted to show off the trunk more!", said one user.

Perhaps Chen was simply suggesting that his daughter is his best Christmas gift. Who knows?