Elaine Ng denies Jackie Chan had given her $7.13m after having love child

Hong Kong actress Elaine Ng has hit back at a claim that action star Jackie Chan gave her a sum of money after she gave birth to their love child in 1999.

Ng, 46, made headlines that year when she disclosed that she was pregnant with Chan's child and gave birth to daughter Etta later the same year.

In a recent report circulated on the Chinese Internet, a senior reporter from Hong Kong claimed that movie mogul Albert Yeung gave HK$40 million (S$7.13 million) to Chan in 1999 to help him settle the matter with Ng after Etta was born.

On Sunday (July 26), Ng took to Weibo to rubbish the report.

She wrote in Chinese: "There are many types of people in this world. No matter whether it is 20 million, 30 million or 40 million, if you are happy saying it, then it is also a blessing to make other people happy."

She hinted further that she did not take any money when she said people should beware of "verbal karma".

Read Also
'This daughter is not mine,' says Elaine Ng, on row with Etta, her love child with Jackie Chan 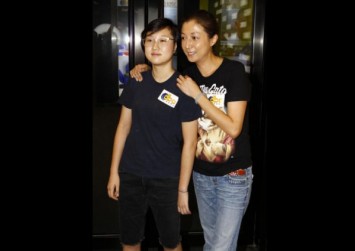 There have been rumours in the past that Chan had been supporting Ng secretly after she moved to Shanghai with Etta, but Ng denied this in 2017, saying that Chan had not provided her with living expenses.

The actress, famous for roles in TVB serials such as Old Time Buddy - To Catch A Thief (1998) and Legal Entanglement (2002), has often been in the news for her acrimonious relationship with Etta.

She said in 2019 that progress has been made in her relationship with her daughter, as they are more aware of each other's boundaries and know which topics to avoid when they speak to each other.