The 34-year-old singer admitted Framing Britney Spears 'really affected' her and she believes that a lot of people have been 'let down' by the music industry.

Goulding told The Mail On Sunday's You magazine: "It really affected me. Britney was so young, and she was thrown into this circus without any support. The same people who want your music and want more from you are also telling you that they want less.

“'I don’t want you to have mental health issues. I want you to be fine and perform and write perfect songs for me.' When I started out, there wasn’t much help and mental health wasn’t talked about. There’s more awareness now, but we’ve let a lot of people down, people who have brought us so much joy through their music." 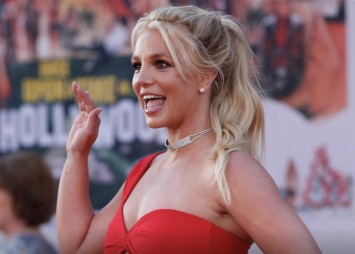 Spears has spoken out about being isolated, medicated, financially exploited, and emotionally abused, by those in charge of her conservatorship and she was only recently granted the right to appoint her own attorney, in an attempt to free herself from the legal structure she has been under since 2008.

Goulding also hit out at those who blasted gymnast Simone Biles after the athlete pulled out of some events at the Tokyo Olympics, in order to protect her mental health.

She said: "Don’t get me started on that. When you sit at home and shout at these athletes, you don’t see the sheer amount of work that goes into that one performance. Anyone competing in professional sport is allowed to say, 'You know what, I can’t. My mental health is not great at the moment.' You can’t be at your greatest physically if you’re not mentally. It’s bizarre to me that she’s even having to defend herself."