The Crown was the big winner at this year's Primetime Emmy Awards, taking home seven awards.

The Netflix regal drama scooped every award it was shortlisted for at Sunday's (Sept 19) ceremony, including the prestigious Outstanding Drama Series award, as well as wins in the acting categories for stars Olivia Colman, Josh O'Connor, Gillian Anderson, and Tobias Menzies.

Accepting the Drama Series honour from London, showrunner Peter Morgan admitted they were ready to celebrate in style - but not for long as they would be back to work on Monday.

He said: "Thank you the Television Academy. Thank you Netflix. Thank you Sony. Thanks, this lot.

"Thank you to one or two people not here because we start shooting in a couple of hours... We're going to have a party now! I am lost for words and I'm very, very grateful. Thank you."

Emotional Kate Winslet scooped Lead Actress in a Limited Series or Movie for her work on Mare of Easttown.

She said of the show: "It was this cultural moment and it brought people together and gave them something to talk about other than a global pandemic."

The British star had been the subject of tributes from her co-stars Evan Peters and Julianne Nicholson when they took the Supporting Actor and Actress honours. 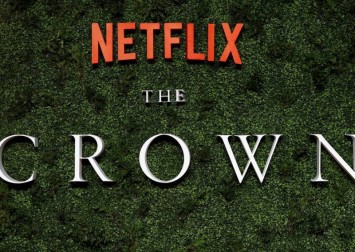 You led all of us every step of the way with such care and intelligence and love. If you hadn't called and asked me to join you in Philly, I'd probably have read the first two episodes and thought, 'Nah, the priest did it' and stayed home so I owe this to you."

John Oliver won the Variety Talk Series award for Last Week Tonight for the sixth year in a row, while RuPaul became the most Emmy-awarded Black person in history after scooping his 11th trophy for RuPaul's Drag Race in the Competition Programme category.

This year's Primetime Emmy Awards were hosted by Cedric the Entertainer from LA Live in Los Angeles.

Lead Actor in a Drama Series: Josh O'Connor (The Crown)

Lead Actress in a Drama Series: Olivia Colman (The Crown)

Lead Actress in a Limited Series or Movie: Kate Winslet (Mare of Easttown)

Supporting Actor in a Drama Series: Tobias Menzies (The Crown)

Supporting Actress in a Drama Series: Gillian Anderson (The Crown)

Supporting Actor in a Limited Series or Movie: Evan Peters (Mare Of Easttown)

Supporting Actress in a Limited Series or Movie: Julianne Nicholson (Mare Of Easttown)

Directing for a Drama Series: Jessica Hobbs (The Crown)

Writing for a Drama Series: Peter Morgan (The Crown)

Directing for a Limited or Anthology Series or Movie: Scott Frank (The Queen's Gambit)

Writing for a Limited or Anthology Series or Movie: Michaela Coel (I May Destroy You)