'Everybody is already having such a hard time': Liu Lingling not raising her rates for getai performances

Getai veteran Liu Lingling chose not to increase her rates this year despite the increased cost of preparing for her shows.

If your colleagues asked for a pay raise, would you do the same?

Veteran artiste Liu Lingling has said otherwise. In a recent interview with 8World for her upcoming live performance on Friday (Aug 19), she expressed that she hasn't increased her rates for getai performances this year.

"I don't think it's right to arbitrarily raise rates during the pandemic," the 59-year-old getai icon said. "Everybody is already having such a hard time. If the prices go up, it'll make things more difficult for people."

Lingling will be performing at the Singapore Chinese Cultural Centre in celebration of the 15th anniversary of the getai movie 881 and will also be singing the adapted version of the movie's theme song, One Half.

But the global Covid-19 pandemic has meant that such opportunities for Lingling to perform live have been cut to approximately half of what they originally were, down to 14 shows this year, she said.

And while the rates of several getai singers and performers reportedly rose by as much as $200, Lingling has chosen not to actively request for increased payment.

Said Lingling: "Both performers and hosts had a very difficult two-and-a-half years. My rates have always been relatively high — them choosing me during this pandemic to perform is something I am very grateful for, so I won't specifically ask for a higher salary."

Lingling also added that she's "very grateful" to still have a job.

Read Also
'I used to hide he's my child': Liu Lingling feels guilty about having son at 50 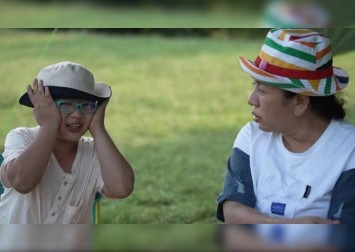 While Lingling's rates have not increased, the costs she faces have.

The rising prices and lack of business have caused Lingling to decrease her purchase of custom-made costumes from three to one this year — but it still costs her about $5,000, Lingling explained.

Despite the cost of the clothing, Lingling said that it wasn't able to achieve the same effect she had previously achieved and she had to add some accessories to the clothes herself.

Because her costumes are often a topic of discussion, Lingling admitted that she feels stressed before every performance.

"The audience can look forward to my costumes but don't expect too much. When it comes to 881, the costumes were definitely exaggerated," she said.

Lingling recently performed at Marina Bay Floating Platform for National Day last Tuesday, where she performed an upbeat and energetic version of One Half.

The performance will begin at 8pm. Admission is free and no pre-registration is required. You can also catch it live on Facebook and TikTok.