If you remember our local free-to-air television as the Singapore Broadcasting Corporation or SBC for short, you'll remember this former actress.

Cherie Lim ⁠— who graduated from the TV station's ninth drama acting course in 1989 along with Xie Shaoguang and Terence Cao -⁠— was one of the rising starlets of local dramas, acting in Channel 8 series like The Future Is Mine, Sweet Dreams, and Young Justice Bao.

After leaving showbiz in 1994, she worked in public relations and also founded a modelling agency before marrying Singaporean billionaire Peter Lim in 2003. Lim has two children, Kim and Kiat, from an earlier marriage.

Despite being familiar with the limelight as a former model and celebrity, little is seen or heard of Cherie since her marriage. After keeping a low profile for decades, Cherie, now 50, recently explained why in a rare interview with local magazine Icon. 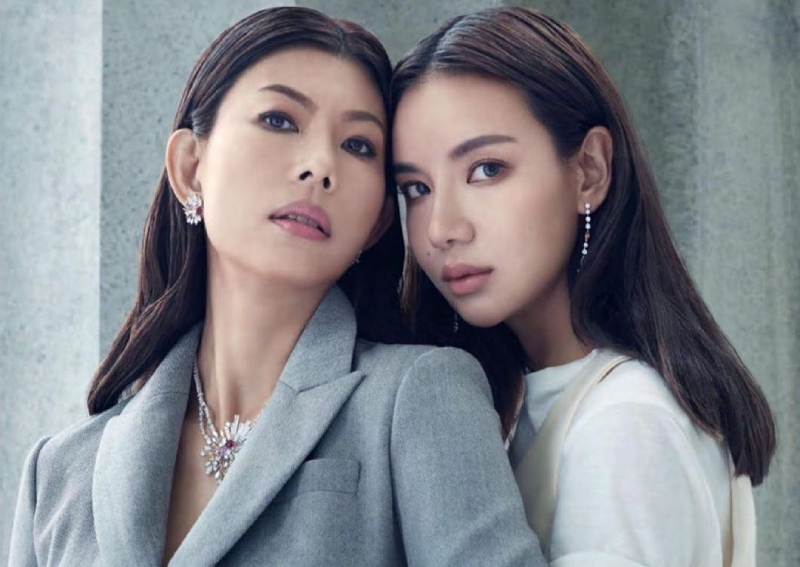 "I became friends with quite a few reporters after I entered the entertainment industry. When my relationship (with Lim) became public, these reporter friends wrote long articles about me. Even though I didn't give them an interview, they still wrote seemingly real pieces about me," Cherie said.

"I was very hurt, but mostly disappointed, after reading them."

Although she understood that was part of the reporters' job, she decided to keep a "safe distance" between herself and the media.

Cherie's life appears to be a classic story of a poor girl who made good by giving back to society.

Growing up in a three-room flat with her parents, brothers, and grandmother, she had simple meals of rice with just curry. There were also times when she, together with the neighbourhood kids, took unwanted bread crusts from a bakery and ate them with butter and sugar.

When her monthly salary of $900 as an actress proved too little to help provide for her family, she bid farewell to her entertainment career and moved on to greener pastures. 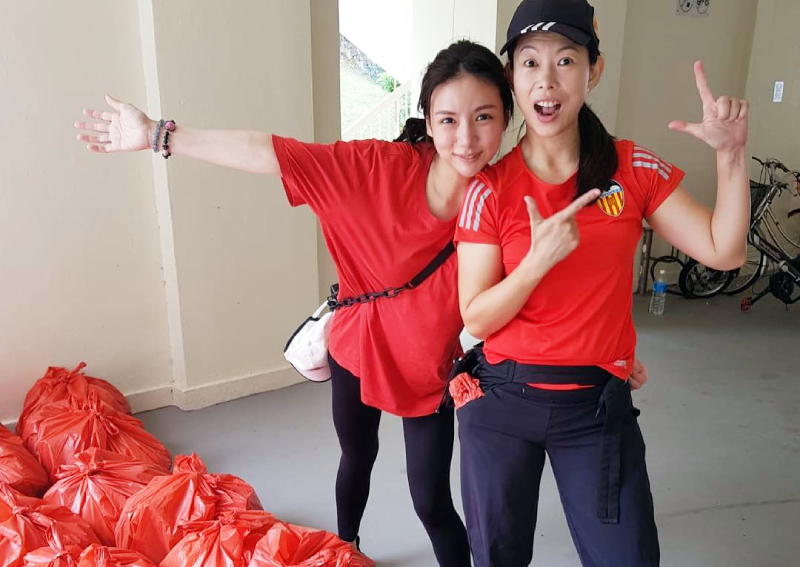 Cherie Lim and Kim Lim during one of the charity distributions. PHOTO: Instagram/ kimlimhl

Not forgetting the less privileged, Cherie started a charity movement with friends in 2000, delivering daily necessities to families living in one-room flats during the new year and other festive periods. She also insisted that her two step-children help to deliver the items.

She said: "Kim and Kiat grew up in an extremely comfortable environment. I want them to understand that there are people in our society who live a difficult life with their low income and need our help and care. I hope this will inculcate in (Kim and Kiat) a habit of giving back to society."

The two siblings now regard the event as a family tradition for the new year. Kim has also in recent years expanded the initiative to cover more neighbourhoods and beneficiaries.

In August 2018, it was also reported in local media that Cherie pledged to help support the three young children of late commercial diver Jake Seet in their education, all the way to university.

Seet died in an accident in May 2018 while conducting underwater operations for a vessel near Sentosa. He left behind his wife and two sons, who were aged six and three then. Weeks after his death, his wife delivered their third child, a girl.

On how life has changed since becoming a billionaire's wife, Cherie said: "I can drive a better car now, and live in a bigger house, but life is still the same, strictly speaking. I don't chase after too many luxury items."