Chinese actress Fan Bingbing, who was embroiled in a tax evasion scandal last year, posted four selfies of herself in little make-up on Weibo on Monday (Feb 4), the eve of Chinese New Year.

The photos were accompanied with the caption "Love you all! Happy new year!" They were also posted on her Facebook and Instagram accounts.

Fan has largely vanished on social media after she was involved in a scandal last year over her alleged inking of the so-called "yin-and-yang contracts" in a bid to avoid paying more taxes. The practice involves having one contract spell out the actual payment, while submitting a different one to the tax authorities to declare less income.

Since early June, Fan has posted only a letter on Weibo in October, apologising for her actions in the tax evasion case. She was ordered by the authorities to pay about 884 million yuan (S$177 million) in overdue taxes and fines. 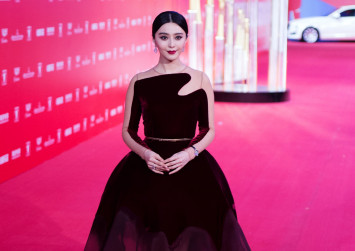 In November, she shared an old post with a map of China that includes Taiwan and with the comment, "China, not even a dot can be missing", after a Taiwanese director advocated for Taiwan independence in her acceptance speech at the Golden Horse Awards in Taipei.

Fan, 37, first made a name for herself as Jinsuo the handmaiden in My Fair Princess, the 1998 television phenomenon which starred Vicki Zhao and Ruby Lin. She is best known in the West for her role as the mutant Blink in X-Men: Days Of Future Past (2014).