Just one day after Fan Bingbing announced she has broken off her engagement to Li Chen, the rumour mill is claiming the Chinese superstar is pregnant with somebody else's child.

CCTV footage of a pregnant-looking woman resembling Bingbing has been making its rounds online.

The person who uploaded the video, which shows the date June 19, claimed it's from Nanjing's World Trade Center, where the actress is believed to be staying.

The World Trade Center is owned by Deji Group, whose chairman Wu Tiejun has been alleged to be the third party in the relationship. 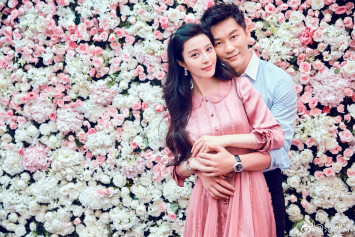 Bingbing's lawyer has since issued a statement denying she's pregnant or living off the tycoon.

"These rumours are disgraceful. Let's move on," it reads.

The 37-year-old's company even joked about it, adding that the alleged baby bump is just excess weight.

"Miss Fan, please eat less. Look at the consequences of being a foodie."

The netizen further claimed to be also a resident at the World Trade Center and that Bingbing stays at a 990 sq m unit 2402.

He said her assistant had confirmed to residents she indeed stays there.

However, contrary to the rumours, in late May Bingbing had attended an event with no signs of being pregnant.

She and Li Chen got engaged in September 2017, after starring in the 2014 drama The Empress Of China.

She only recently returned to the public eye after a tax evasion scandal last year.

#Fan Bingbing #celebrities #china #In Case You Missed It