Trigger a fire alarm so that you can be near enough to watch your favourite boyband evacuating from their hotel?

That was what happened on Sunday (July 7) in London, with the commotion blamed on an overzealous fan of South Korean group NCT 127.

Earlier, the nine-member group had played at Wembley Arena as part of their world tour called Neo City - The Origin.

A reviewer for Metro described the action on stage as high-energy, noting that "even the patient parents in the crowd couldn't help but dance".

But the joy NCT 127 felt in holding a red-hot concert soon went up in smoke when they were back at the hotel, which was also where some fans stayed.

While it was a prank, the harsh ringing of the fire alarm set off a panic.

One person posted online: "Whichever fan let the fire alarm off in our hotel to make NCT evacuate is disgusting. Everyone was panicking, including us, my son, NCT and their staff.

"Stop embarrassing the fandom, this is crazy behaviour that isn't acceptable."

According to the Koreaboo portal, another person posted that "there wasn't an evacuation announcement on the floor I was on" and that the confusion "scared the life out of me". 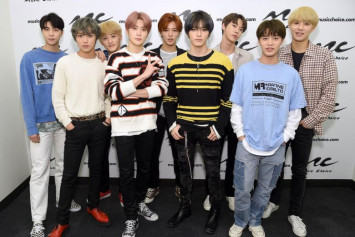 A third person posted that "my son was hysterically crying. It also stopped a wedding that was being held at the hotel".

Other fans were enraged that the irresponsible act interrupted the rest of the boyband after they had given their all in Wembley Arena.

Incidentally, one of NCT 127's hits is called Fire Truck, making one wonder if that inspired the fan to instigate the chain of events.

NCT 127 is scheduled to perform at the Singapore Indoor Stadium on July 20.

The security staff of whichever hotel they have booked rooms here must have been alarmed over what happened in London, and are surely taking steps to avoid a repeat.