Revellers hoping to spend this weekend at outdoor electronic dance music (EDM) festival Ultra Singapore are up in arms after a last-minute change in venue.

One of the biggest EDM festival brands in the world, this year's Ultra Singapore is the fourth edition of the two-day event, which will be held on Saturday and Sunday.

It has typically been held at Ultra Park, an open field next to Marina Bay Sands Tower 1, but festival-goers got a rude shock when they received electronic tickets for the event last night indicating the venue had been shifted to the Sands Expo and Convention Centre.

This comes amid talk swirling online that the festival was on the verge of being cancelled.

Several festival-goers told The New Paper they had been anxiously waiting for their e-tickets - which are used to exchange for event wristbands - since last week and the venue change was a big letdown.

"I can't really afford to go around the world to see my favourite DJs performing so I rely on Ultra Singapore to bring the top DJs here.

"That is why I am so disappointed after pinning such high hopes on them," said Mr Derrick Ng, 26, who has attended every festival here. 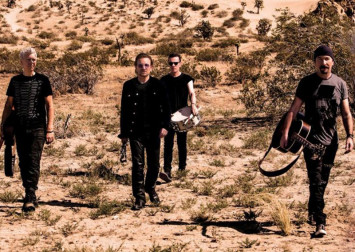 He was also unhappy that there was no word from the organisers about tickets, and when they were eventually sent, it was to his e-mail's spam folder.

Mr Ng said: "If I didn't see the posts and comments of other Ultra-goers, I wouldn't have known that my tickets had been sent to me."

His initial excitement also quickly faded when he realised the venue had changed.

Mr Ng said: "(It went) from a bigger venue, a place where fireworks and pyrotechnics could happen, to a much smaller venue where it would be extremely squeezy for everyone. I feel this is unfair."

Ms Sharon Faith, who is attending Ultra Singapore for the first time this year, said the atmosphere will not be the same at an indoor venue.

She also wondered if security would be an issue given the large crowd that is expected to turn up.

Ms Faith, who is in her 40s, said: "The organiser basically under-delivered what was being promised."

Still, some fans are relieved that they can catch their favourite acts.

Malaysian Belinda Chong, 24, who will be travelling across the Causeway to attend the festival on Sunday, said: "I am still glad. I don't care about fireworks because I just want to see Skrillex. I was worried because I paid for the hotel already."

TNP understands that the e-tickets are being issued in batches, with the last batch to be issued by tomorrow.

Ultra Singapore was unable to respond by press time.