After almost two decades with Mediacorp, local actress Felicia Chin has decided to embark on a new chapter.

The 37-year-old told CNA Lifestyle in a recent phone interview that she would be taking on a full-time role with Hai Hao Ma, a Chinese language faith-based platform which launched in January.

Felicia — who bagged her tenth Top 10 Most Popular Female Artiste award this year — explained that Hai Hao Ma is run by the same non-profit organisation behind the website Salt and Light.

"It's a Christian company but more importantly, it has different platforms that give stories of hope," she said.

Her last day with Mediacorp will be June 30.

She also made the announcement on Instagram on Thursday (June 23) where she wrote: "Am filled with gratitude and thankfulness to be able to hone my skills as an artiste and actor in Mediacorp and I’m thankful for the company’s support and for all the love that I’ve been surrounded with. This is definitely not a goodbye but a new beginning."

Although she'll still be in front of the camera at her new job, Felicia revealed that she's also going to have the "creative freedom" to produce content at her new job. 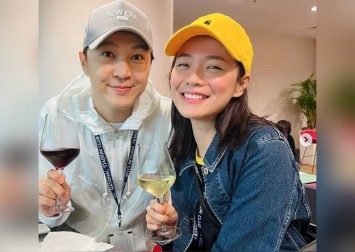 She told CNA Lifestyle: "I know that on social media, there are a lot of different channels that lift spirits and encourage. I feel it's sometimes a bit lacking for the Chinese community. So, I hope to make a little contribution in this area, and take what I've learnt through the years and have a positive impact."

That being said, fans need not worry about missing her on television, as she shared that she's still open to acting and hosting "if there are suitable opportunities".

Although she admitted that "change is scary", she maintained: "It's also important to do what speaks to my heart right now. I'm just taking a courageous leap of faith."