A billboard displaying a picture of Irish actor Liam Neeson at the Berlin film festival.

LOS ANGELES - Fellow actors and co-stars have come to the defence of Liam Neeson after he admitted he once set out to kill a black man as revenge for a friend who had been raped.

Actress Michelle Rodriguez, who co-starred with Neeson in last year's movie Widows, lashed out at the fierce criticism her colleague has faced at the amfAR Gala in New York late Wednesday, insisting he was not a racist.

"Dude, have you watched Widows? His tongue was so far down Viola Davis' throat.

"You can't call him a racist ever," she added. 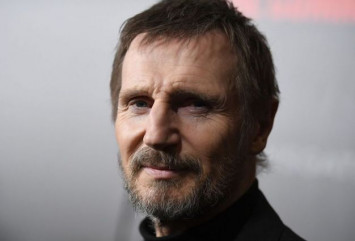 "Racists don't make out with the race that they hate, especially in the way he does with his tongue - so deep down her throat. I don't care how good of an actor you are. It's all b******t. Ignore it. He's not a racist. He's a loving man. It's all lies."

Whoopi Goldberg also spoke out during a panel discussion on television, saying she doesn't believe the 66-year-old Taken star is a bigot.

"People walk around sometimes with rage. That's what happens. Is he a bigot? No. I've known him a pretty long time, I think I would have recognised. I've been around a lot of real bigots," she said.

"You can't be surprised that somebody whose loved one is attacked is angry and wants to go out and attack," she said.

Actor Terry Crews also commented on the controversy saying in a tweet: "I believe that every person on earth is capable of the greatest good, or unspeakable evil. Liam is just describing his fork in the road."

Neeson's controversial comments were made in an interview to promote his new thriller Cold Pursuit, about a father seeking revenge after his son is murdered by a drug gang.

The New York red carpet event on Tuesday for the film was cancelled in the wake of the interview.

Neeson's appearance on Friday night on The Late Show with Stephen Colbert - a top US talk show - has also reportedly been cancelled. 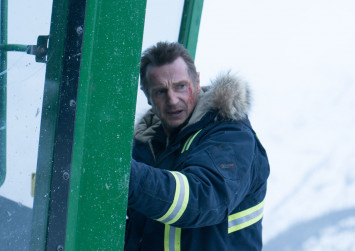 In the bombshell interview, Neeson spoke of "hoping some black b*****d would come out of a pub and have a go at me about something, you know? So that I could... kill him."

In an attempt at damage control, he spoke with ABC's Good Morning America on Tuesday, explaining that he knew his behaviour was wrong and had sought help from a Catholic priest and friends to come to terms with his behaviour.

He also insisted race was not the driving factor behind his actions.

"If she had said an Irish or a Scot or a Brit or a Lithuanian, I know it would have had the same effect," he told ABC.

"I was trying to show honour and stand up for my dear friend in this terrible medieval fashion."