CANNES, France, July 6 - Women will outnumber men on the Cannes Film Festival jury this year - but members including French actress Melanie Laurent said on Tuesday they dreamed of a time when female representation would no longer be newsworthy in the cinema industry.

The world's biggest movie festival, along with rival showcases in the likes of Venice, has long come under scrutiny over the low number of women directors in the running for top awards or in positions of influence.

At the Cannes extravaganza, set to kick off on Tuesday (July 6) with the premiere of Leos Carax's musical Annette, US director Spike Lee will head up the jury that picks the winner of the top Palme D'Or award, the first Black person to do so.

"My dream would be for this to be the first and last festival where there is a debate about women," Laurent told a news conference on the French Riviera, flanked by jury members wearing face masks amid tight Covid-19 controls.

Diop, whose debut feature Atlantics won a top award at Cannes in 2019, said she also hoped the cinema world would one day be free of such distinctions.

"I don't know if in our lifetime we'll get to the stage when we'll no longer have to put 'woman' before 'director'," Diop said. 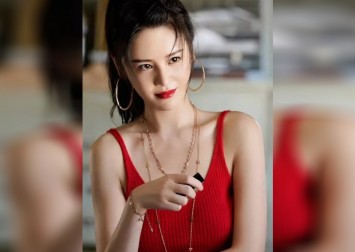 Only four films directed by women were picked among the 24 vying for the Palme d'Or this year, although the number of female directors present in other parallel events and competitions has increased, organisers said.

"This is mirroring that our society is now ready for a certain change that should have happened earlier," said Austrian director Hausner, whose Little Joe feature film was selected to compete for the Palme d'Or in 2019.

Gyllenhaal, known for her roles in Sherrybaby and Crazy Heart, said the female gaze mattered in films and other artforms.

"(There's an) extra little muscle you have to exercise to turn it into something that as a woman I could relate to," Gyllenhaal said of movies with male leads or female characters expressed by a male director.