Filming locations for Westworld will include Singapore, HBO confirms

Aaron Paul in the season three trailer of Westworld.

After a day of speculation and mystery, it seems like the riddle has finally been solved.

Will Singapore be a filming location for sci-fi TV series Westworld?

HBO has officially confirmed that it will.

In response to AsiaOne's query on a casting call made yesterday (June 11), a HBO spokesperson told us: "Filming locations for the third season of the HBO drama series Westworld will include Singapore."

Read Also
Casting call made for 'American HBO series filming in Singapore' - could it be Westworld? 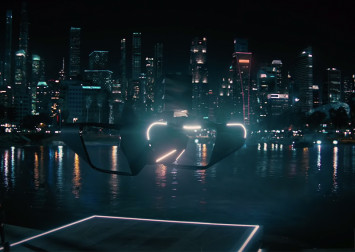 To summarise, Hello Group put out a casting call for an "American HBO series filming in Singapore" yesterday, but when contacted by AsiaOne, Hello Group directed queries to FLY Entertainment.

FLY Entertainment clarified that they are "unable to reveal the show title and what is it about" because of a non-disclosure agreement.

Some sleuthing revealed that they had published their own casting call on Facebook on June 1 for an undisclosed "HBO production".

“Hello, is it me you’re looking for?” The answer just might be a resounding “YES!”. We’re calling for submissions for a HBO Production, more information in the image below!

The casting director listed is Emmy-nominated John Papsidera, who scored nominations for his work on Westworld in 2017 and 2018.

Observant fans also noted the familiar skyline of Singapore's financial district in the season three trailer of Westworld, along with iconic landmarks such as the Maybank Tower, UOB Plaza and HSBC Building.

Well, now that will become a reality with the confirmation that Singapore is going to be one of many filming locations for the series.

#Television #Hollywood #In Case You Missed It