Filmmakers back to work in New Zealand after coronavirus

WELLINGTON - New Zealand's capital has had an extra buzz of excitement over the past week since Hollywood director James Cameron and his crew flew in to film the much-anticipated sequel of the epic science-fiction film Avatar.

The film is among a handful of productions kicking off in New Zealand as it begins to open up after containing the novel coronavirus, and looks to its film industry to give its battered economy a boost.

New Zealand's borders remain closed to foreigners but the government gave special permission for the 55 crew members working on the Avatar sequel to jet in on a chartered plane.

"Certainly, the fact that we are able to start earlier than some countries is great, much as it's distressing to see that the pandemic is still such a challenge around the world," said Ms Annabelle Sheehan, chief executive of the New Zealand Film Commission.

New Zealand's mountains, meadows and forests, made famous by The Lord of the Rings trilogy, have drawn several major film productions over recent years.

About 47 productions were underway when Prime Minister Jacinda Ardern imposed a tough lockdown on March 26 to stop the spread of the coronavirus.

It was a great success and the virus has been almost eliminated in New Zealand, which could be among the first countries in the world to return to normal this week, apart from the closed border.

Avatar producer Jon Landau posted a picture of himself and director Cameron after landing last week and said they would self-isolate for 14 days in line with government rules.

"Your country has become a leader in how to deal with something like this, and I think films will want to come," Mr Landau told Radio New Zealand in an interview, referring to the coronavirus campaign.

With people around the world cooped up at home, pressure is on film-makers and other content creators to make new material and get it out.

But what's holding them back is the lack of safe places to work, industry experts say. Now New Zealand is an option.

"We've had a few international enquiries and that's on the back of our Covid-free status," said Mr Gary Watkins, chief executive of Wellington-based Avalon Studios, which was used for the filming of the 2017 Scarlett Johansson starrer Ghost in the Shell and will also help with the new Avatar.

Wellington is home to multi-million dollar studios and production facilities including director Peter Jackson's Weta Digital, where The Lord of the Rings and The Hobbit trilogies were brought to life.

But the open door for Mr Cameron and his crew have raised some eyebrows. Opposition party leaders have questioned why they breezed in while families are still separated and businesses are struggling without key staff.

Economic Development Minister Phil Twyford defended the decision saying the border was only open to a few foreigners who were important for projects with significant economic value.

Read Also
Things to do in the first weekend of Phase 1: Watch classic Singapore films online, sing along to Sezairi, MICappella 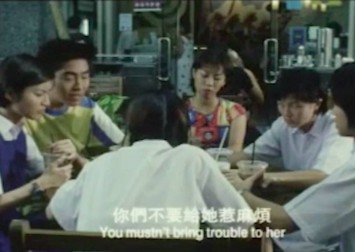 New Zealand's film industry is worth more than NZ$3 billion (S$2.72 billion) a year. A six-month international film can create an estimated 3,000 jobs.

"You only need a few international people coming to trigger thousands of jobs," said Ms Sheehan.

And New Zealand needs the jobs. The government expects hundreds of thousands to be lost because of the coronavirus.

The tourism industry, which contributes more than NZ$16 billion and accounts for nearly 6 per cent of gross domestic product, has been particularly hard hit.

But in the longer term, the films should help pay tourism back.

"People all over the world will see these new titles and will start seeing New Zealand in a new light ... this will contribute hugely to tourism," Ms Sheehan said.