'First time I've seen him go off': Will Smith's mother on the Chris Rock altercation at the Oscars

Will Smith accepts the Oscar for Best Actor in King Richard at the 94th Academy Awards in Hollywood, Los Angeles, California, US, on March 27, 2022.

Will Smith's mother says when he struck Chris Rock it was "the first time" she had seen him do something like that.

Carolyn Smith called her 53-year-old son a "a very even, people person" and was surprised to see smack the 57-year-old comedian - who made a joke about Will's wife Jada Pinkett Smith's alopecia - on the same night he picked up his Best Actor statuette at the 94th Academy Awards on Sunday (March 27) night for his role in King Richard.

After they watched the broadcast at their home in Philadelphia, the matriarch told 6ABC: "He is a very even, people person. That's the first time I've ever seen him go off. First time in his lifetime ... I've never seen him do that."

Carolyn admitted to being "proud" of her son.

She added: "I am proud of him being him."

Carolyn shared how she began the day - before the drama and his eventual victory at the Oscars - wanting everyone in the family group chat to send The Fresh Prince of Bel-Air a "good luck" message.

She said: "I started out saying, 'Good morning, we've got to say good luck to Uncle Will."

Carolyn didn't want the incident to take away from "how hard he works" after he finally snagged an Academy Award following three other nominations.

Will's little sister Ellen added that it made her sad to listen to what he has to endure "to get where he is" in Hollywood.

She said: "I've had conversations with him, and it really kind of broke my heart listening to the things he's said he had to go through to get to where he is." 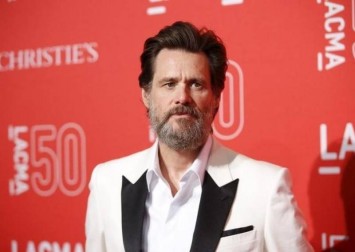 The Men in Black star - whose actions at the ceremony are under review by the Academy of Motion Picture Arts and Sciences - shared an apology to Chris on his Instagram.

He wrote: "Violence in all of its forms is poisonous and destructive. My behaviour at last night's Academy Awards was unacceptable and inexcusable. Jokes at my expense are a part of the job, but a joke about Jada's medical condition was too much for me to bear and I reacted emotionally. I would like to publicly apologise to you, Chris.

"I was out of line and I was wrong. I am embarrassed and my actions were not indicative of the man I want to be. There is no place for violence in a world of love and kindness. I would also like to apologise to the Academy, the producers of the show, all the attendees and everyone watching around the world.

"I would like to apologise to the Williams Family and my King Richard Family. I deeply regret that my behaviour has stained what has been an otherwise gorgeous journey for all of us. I am a work in progress."