It's an understatement to say that Jacelyn Tay's candid discussion with her son about sex caused quite the buzz on the internet.

On Jan 3, the former Mediacorp actress detailed an extensive discussion she had with her son after he asked her "Does it really feel good when [the] penis goes into [the] vagina?"

The Instagram post has since been removed but if you're curious about what she said, you can read about it here.

With the hoo-ha over Jacelyn's post, Lianhe Zaobao reached out to some celebrity parents to find out how they handle the talk about the birds and bees.

Growing up, actress Kate Pang had encounters with perverts which left a mark on her and it's not something she can easily forget. She encountered a flasher in primary school, and in secondary school, someone touched her chest.

"These are terrible memories I will never forget, so I especially want to protect my children from harm."

Hence, Kate teaches her kids — Aden, seven, and Avery, five — that their bodies have "forbidden zones that cannot be touched" even by herself and her husband, local actor Andie Chen. She doesn't even allow her kids to go out alone with their uncles or an elderly member within the family.

She also uses picture books to talk to her children about their bodies and alleviate their doubts and curiosity.

Kate said: "A few days ago I took my child to a friend's house, and my friend's child opened the door when Avery went to the toilet. It turned out that he was curious about what it was like for a girl to go to the toilet.

"Actually, if you explain it to your children through other means, such as picture books, this will not be the case. The more mysterious [about the topic] the parents are, the more curious the children will be."

The couple has three boys and a girl, between the ages of eight and 16, and they're more conservative when it comes to sex. Darren believes that one's 'first time' should be kept and given to their partner after marriage.

"I absolutely do not allow my children to spend the night at the house of someone of the opposite sex. [And] no matter how good the relationship is, they can't be in the same room."

Read Also
If it weren't for Sharon Au, Darren Lim and Evelyn Tan might not have got together 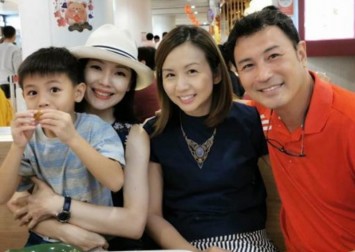 He communicates with his children and lets them understand that if they get into relationships while they're too young, things can go bad easily and the consequences are serious.

They've even brought their kids to attend the Passport to Purity classes by their church so they can understand the importance of purity as well as relations between both genders.

"Today's children are influenced by various things, such as movies, at a very young age, so you must instil the correct values in them," said Darren.

"They can be a little shy, but I think it's better for me to teach from a positive perspective than to let them go outside to learn. When God created human beings, he originally wanted men and women to have kids. Only when there is a family can there be a country. This is a normal thing."

Local actress Chen Xiuhuan values sex education for her three daughters who are between the ages of 16 and 24. Since they were young, she instilled the right ideologies and the importance of self-love.

She shared: "In kindergarten, my daughter started asking where she came from, so I went to the library to borrow relevant books and explained to them through pictures and stories.

"When they were in primary three and four, I explained puberty to them. When they got their period, I said to them, 'Congratulations, you are a little adult.' If you have a positive attitude, they will not feel nervous or afraid." 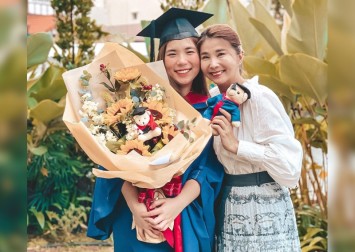 She told her girls that it's normal to be interested in boys in secondary school and it's nice if someone woos them, but it's best to just be friends since they're still studying.

Xiuhuan became a little more relaxed when they were in junior college, but she hoped that they will start dating after they graduate. She specifically instructs her girls to protect themselves and not be in the same room with a boy.

She said: "I'll remind them — if they get pregnant, how will they go to university? How will they pursue their dreams and careers?"

And there will be strictly no overnight stays for her daughters too.

"I will be worried because I don't know who the other party is or who is in the family. I told them Mummy never stayed at Daddy's house overnight before marriage. Girls should know how to protect themselves because you are very precious!"

In secondary school, local actress Pan Lingling took biology and so she has a very scientific approach to sex education.

She said: "Understanding the anatomy of the human body is a must for me, so I discussed this with my son when the school started teaching sex education."

Lingling and former Channel 8 actor Huang Shinan have two sons, aged 20 and 22, and she said she taught them about sex education when they were young. 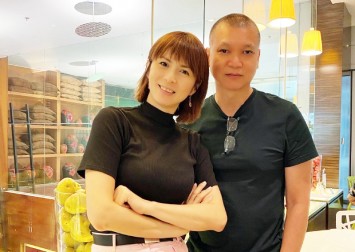 "I told them what I had learned in biology class, such as kissing can't lead to pregnancy, and you only have a kid when the sperm fertilises the egg."

"In fact, I have to teach them. There is a lot of information about this on the Internet. Instead of letting them learn some concepts that may be wrong on Youtube, it is better for us as parents to educate our children first. Now, both men and women are maturing faster, so it is good to start sex education early," she shared.

Lingling also emphasises the importance of respecting women on her sons.

"I often tell them that you can never bully girls, and respect girls no matter what the situation is."