The 35-year-old recently showed raw footage of her birth story to not just her husband, but to over 200,000 others at the same time.

The adult film star took to Japanese online channel Abema TV's programme, Welcome to the World, Sola's Baby, to document the birth of her twins on Wednesday (May 1).

The live broadcast started at 9pm on Tuesday (April 30) and lasted all the way till after 11am the next day.

Sola's husband DJ Non even posted on Weibo on her behalf at 11.11am on Wednesday, announcing the birth of their twin sons, "both babies are born, 2.2kg and 2.5kg respectively. Thank you to my wife, you have suffered! May our family live happily!"

While viewers have not had a glimpse of the twins' faces, their cries were vaguely heard during the livestream. Sola also appeared on-screen to show that she is well after the birth. She was seemingly in good spirits, despite a puffy face. 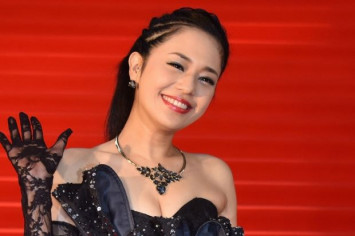 With Sola's popularity in China, another livestream channel with simultaneous Chinese interpretation was set up. Both the Chinese and Japanese channels had almost the same number of views, amassing over 100,000 views less than 30 minutes into the broadcast.

Shortly before 10pm, Sola appeared on the broadcast from her hospital ward, causing a sharp spike in viewers with views breaching 200,000. She also specially greeted her Chinese fans in Mandarin.

The star was previously admitted to the hospital on April 26 and uploaded a photo in the early morning of April 30, revealing that she was very nervous and was keeping calm by practising calligraphy.

Sola also added that she talked to her babies every day after being admitted to calm them down, but joked that she was actually the one who was the most afraid.

Till date, Sola's birth video has amassed over 2 million views.

The beautiful mama posted about her marriage with musician DJ Non on January 1, 2018 and announced her pregnancy on December 12 the same year.

#japanese #livestream #Pregnancies #In Case You Missed It