Imagine this: you are in Jurong and you hear enemy troops have invaded and are dropping bombs 40km away at Pasir Ris. Would you grab your family members and try to leave Singapore?

We expect most people would want to evacuate to safety. But Singaporean ex-TV actor Ix Shen is adamant about staying put in Kyiv, Ukraine, which is now under attack from Russian forces.

Since then, he has heard more explosions and also air raid sirens. From the balcony in his home, he could also see people on the streets with their luggage.

Still, Ix and his wife, a Ukrainian traditional Chinese medicine practitioner, will not be evacuating. They do not have any children, though she has family living in the southern port city of Odessa whom they are worried about.

He explained that trying to leave carries a bigger risk than staying home.

"As long as electricity and internet are still available, I don't think I need to evacuate yet because evacuating will raise a whole series of problems," he said.

"We have to plan which path of exit is actually better for us. And we do not want to be stuck on the highway with no fuel, no food, and the weather is cold, then you'll have a whole series of problems. We have made evacuation plans but it's not something that we would like to implement because we would actually be taking a bigger risk than staying in Kyiv." 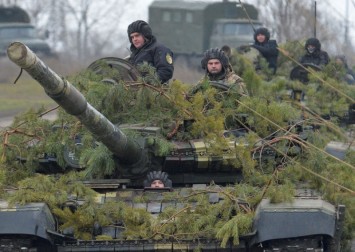 Ix — who is still involved in the film industry — and his wife tied the knot seven years ago and moved to the Podil district in Kyiv four months ago. He added that she is also a reservist medical officer there and may be called up for duty.

Said Ix: "Until my wife and the family are pretty well taken care of, I think we'll be able to contribute a lot more being here than being back in Singapore."

Although he has told his Singapore family and friends that they are safe, it didn't allay their fears. Case in point — he had to pause the interview to answer a call from his mum, to reassure them that he is "alive and well".

Ix said wryly that this isn't his first crisis situation — he was also in China three years ago when the Covid-19 pandemic broke. 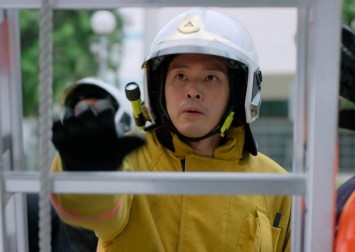 Everyone in Kyiv is tense because the "fighting has come right to the doorstep", he said, but there's no panic. According to Ix, there's a military curfew with restrictions on fuel purchase, and the economy "is at a standstill", though buses and the subway are still operating. However, he added, that there is "no frenzy, no panic", and people are still very civilised, queueing up to pay for their purchases.

For now, he is following what the Ukrainian government has advised, which is to stay indoors, not go out unnecessarily, and wait for new information. Thankfully, he has sufficient rations and water to last "for a period of time".