He was once hailed as a progressive hero of Hollywood as his definitive work saw a blonde cheerleader turn into a legendary vampire slayer.

At the peak of his career, Joss Whedon, 57, had a hand in creating films for some of pop culture's biggest franchises. He wrote and directed Marvel's The Avengers and the sequel Age of Ultron, and was brought in to replace Zack Snyder on Justice League.

But his perfect house of cards came crumbling down after a flurry of allegations about workplace harassment and toxic environments.

Joss remained silent amid the allegations until a Vulture article yesterday (Jan 17) detailed his responses against the claims.

He told the magazine that Warner Bros executives brought him on to "fix it (Justice League) and I thought I could help".

But, it turned out to be one of the biggest regrets of his life.

According to Vulture, Joss' role was restricted to writing and advising but it soon became clear to him that "they had lost faith in [Zack's] vision and wanted him to take full control". 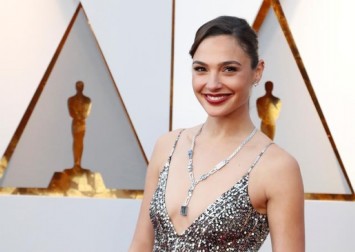 A representative for Warner Bros denied this, though, while Snyder publicly announced that he was stepping away from Justice League to spend time with his family two months after his daughter committed suicide.

After Joss took over the reins, a crew member told Vulture that his style "didn't go down well at all" and he once paused the shoot to announce that he had never worked with "a ruder group of people".

Wonder Woman star Gal was vocal about how she was treated and alleged that Joss "threatened" her career.

Joss told Vulture: "I don't threaten people. Who does that?"

Another actress on his previous show Angel claimed that Joss called her home and threatened her career after she pushed for a raise, but the filmmaker denied it.

"English is not her first language, and I tend to be annoyingly flowery in my speech," he said, concluding to Vulture that Israeli actress Gal had misunderstood him.

He raised the example of a scene she wanted to cut and he joked that if she wanted to remove it, she would have to tie it to a railroad track and do it over his dead body.

"Then I was told that I had said something about her dead body and tying her to the railroad track."

In an email response, Gal disputed this and said she "understood perfectly".

'A bad actor in both senses'

Ray, who played Cyborg in Justice League, had the most to say about Joss and levelled a serious accusation against him in an interview with Forbes.

The actor claimed Joss digitally altered an actor's skin tone because he didn't like it. Forbes has since retracted that claim. 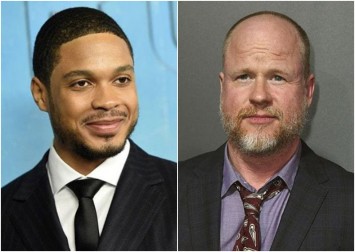 Vulture said Joss was stunned at the allegation and he explained that he had given the movie a lighter look and brightened everything in post-production, including the faces.

Joss described the claim to Vulture as "false and unjust" and said he cut down Cyborg's role for two reasons — the storyline "logically made no sense" and the acting was bad.

A source who is familiar with the film told Vulture that Joss wasn't alone in feeling that way and viewers at test screenings regarded Cyborg as "the worst of all the characters in the film".

Vulture reported that Joss "spent hours discussing the changes with [Ray Fisher] and that their conversations were friendly and respectful".

None of the claims he made was "either true or merited discussing", Joss said.

You can head over here to read the full story.